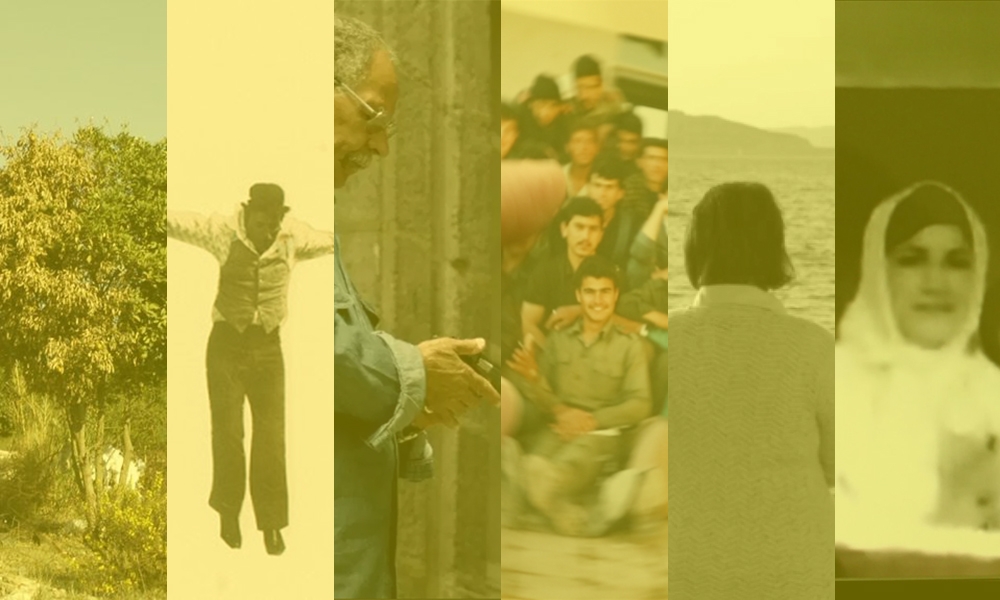 AFAC Closes “Screens and Streams” Initiative with Films, Music and Performances
07 May 2020

The sixth – and final – week of AFAC’s “Screens and Streams” initiative runs from May 7 to 13, with a new offering of six independent Arab films and 3 theater/dance performances, all free and online. All the while, the previous weeks’ music compilations will be available on both Spotify and Anghami.

This week’s film program proposes the following gripping selection of Arab documentary films, produced between 2012 and 2018: “Atlal”, Algerian filmmaker Djamel Kerkar’s debut feature film recollecting a dark period of Algeria’s history; “Fidai”, a documentary by the Algerian filmmaker Damien Ounouri chronicling the life of his great uncle El Hadi and his involvement in the NLF; “Crossing the Seventh Gate”, a documentary by Moroccan director Ali Essafi which draws an intimate poetic portrait of late vanguard Moroccan filmmaker Ahmed Bouanani; “Those from the Shore”, a documentary by Armenian-Lebanese director Tamara Stepanyan, a melancholic black and white documentary portraying the travails of a group of Armenian immigrants to France; “My Paradise”, a documentary by Kurdish director Ekrem Heydo, which recounts the emergence and ramifications of the Syrian Revolution through the story of a few former classmates pictured in a 25-year old photograph; and “On the Edge of Life” by Syrian director Yasser Kassab, a poetic journey about loss and grief (available for 3 days). To access the films links and read their synopses, scroll down to the week 6 full program below.

This final week’s music program recollects the playlists of the five previous “Screens and Streams” weeks, available on both Anghami and Spotify. Scroll down for the playlists links.

Enjoy this last “Screens and Streams” week, and stay safe!

Atlal | Algeria
by Djamel Kerkar
Ouled Allal is an area that was ravaged by war during the nineties in Algeria. A constellation of beings, voices, bodies, and buildings face the test of time and live the scars of a slow war without fronts. Among the ruins, memory travels; images and sounds draw a poetic map and a psycho-geographical exploration of the place. Algeria's battle with terrorism may have ended in 2002. However, the trauma of 200,000 deaths still lingers on.
WATCH HERE

Fidai | Algeria
by Damien Ounouri
During the Algerian revolution, the great-uncle of the director, El Hadi, integrated in France a secret FLN armed group. Setting of scores, attempted murder, hiding, imprisonment and finally expulsion in 1962, his personal journey tells the story of countless ex-fighters for the Algerian independence. Today, at the age of seventy, El Hadi reveals this dark part of his life.
WATCH HERE

Those from the Shore | Lebanon
by Tamara Stepanyan
Marseille, 2014. Dozens of Armenian asylum seekers try to survive while waiting for their application to be considered. They left behind them a country whose people have settled around the world for over a hundred years. A country all described as desert, abandoned by its inhabitants, emptied of its life. Forced stillness, impotence, these asylum seekers live in an in-between space: between two countries, between two lives. In a time and abstract space, made of nothing, where their life escapes them completely. By the shore, they float in limbo.
WATCH HERE

My Paradise | Syria
by Ekrem Heydo
Ever since the Arab Spring has reached Syria, a relentless civil war has shattered the city of Serêkanî on the Syrian-Turkish border. Based on the story of a few former classmates pictured in a photograph taken 25 years ago, the emergence and ramifications of the Syrian Revolution are recounted.
WATCH HERE

On the Edge of Life | Syria
by Yasser Kassab
Yaser and his partner Rima leave Syria to Lebanon, however after receiving the news that his younger brother passed away in Aleppo, they end up in a remote and an empty place in Turkey. They reside in this place where the silence and the monotonous daily life are broken by the loud noise of the call with the family members still living in Aleppo. With dark images that are likely metaphorical, Kassab documents the passive side of war where there is no action or violence—only the endless monotony of an uncertain future, and the apathy that comes along with it. This personal account covers sadness, memories and the hope for a better future.
Film available for 3 days only (May 7-9).
WATCH HERE

Résister, a performance by Tarek Aitmeddour | Algeria (2019)
This play addresses the issue of differences among individuals, exclusions that may be experienced by some, the apprehension of "normality", and the quest for emancipation, liberty and freedom from the gaze of others.
Performance available for 5 days only – until May 11.
WATCH HERE

“Food & Fadwa” – a staged reading as part of “Arab Voices; Stories of Palestine” | Palestine (2019)
Meet Fadwa Faranesh, an unmarried, 30-something Palestinian woman living in Bethlehem in the politically volatile West Bank. Known for her delectable cooking and deep-seated sense of duty to her family and aging father, our kitchen maven insists on continuing the preparations for the wedding of her younger sister, despite constraints of daily life under occupation. Politics blend with family tensions to create a sometimes humorous and sometimes heartbreaking meal. Story by Lameece Issaq and Jacob Kader, in a reading directed by Noelle Ghoussaini, this play melds the fight a Palestinian family wages to hold onto its traditional culture with its need to celebrate love, joy and hope.
This staged reading is part of the series “Arab Voices; Stories of Palestine”.
WATCH HERE

Albi, a contemporary music dance performance by Sabrine El Hossamy | Egypt (2019)
Throughout history, the Heart had higher significance, spiritually, emotionally, physically and even mentally. It’s time to reflect on the wisdom of the ancestors and give room to be guided by our heart once again. Dreams within the human heart and the purpose of life are flip sides of the same coin.
WATCH HERE

“Glass” (2015) | Oussama Ghanam (Syria)
Damascus in the final year, beautiful, fragile and transparent like glass. In a small house inhabited by a family of three, four destinies intertwine: the mother that refuses the present in the name of the past, the daughter refuses it in the name of all things fragile, the son refuses it in the name of contemporary cinema. In order to face this ambiguous present, to escape it, to indulge in it, the family invites a “realistic” young man for dinner.
WATCH HERE (Password: 123)

A rundown of all five Screens and Streams music playlists from the past five weeks.