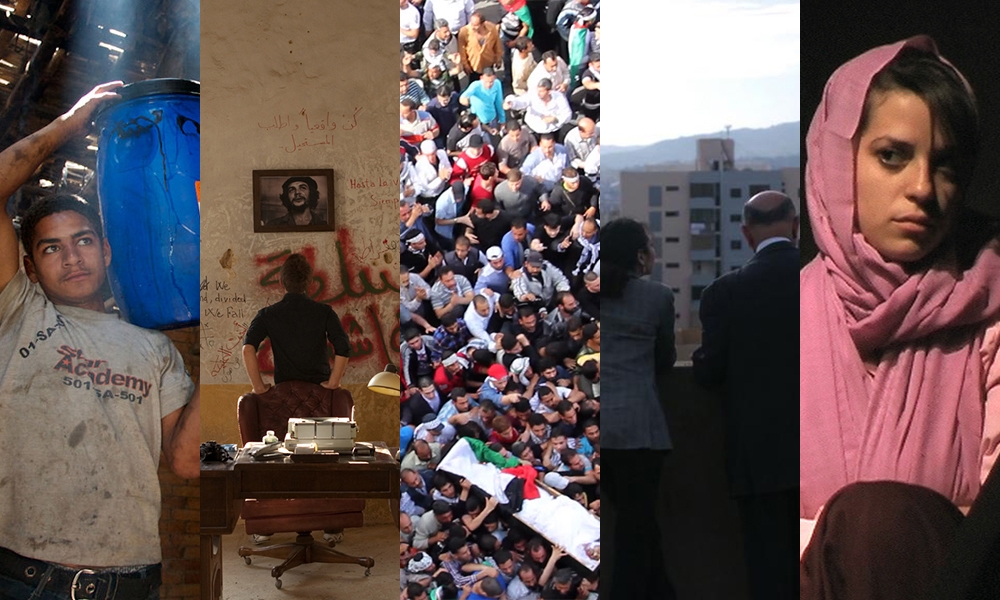 In its third week running from April 16 to 22, “Screens and Streams” offers a new selection of AFAC-supported independent Arab films and music albums, available online for free screening and streaming.

This week’s “Screens and Streams” film program brings together five documentary films produced between 2010 and 2017: “Home Sweet Home” by Lebanese director Nadine Naous; “Little Eagles” by Egyptian director Mohamed Rashad; “Living Skin” by Egyptian director Fawzy Saleh; “74, the Reconstitution of a Struggle” by Lebanese directors Rania Rafei and Raed Rafei; and “194. Us, Children of the Camp” by Palestinian filmmaker Samer Salameh. Check the full program below for the synopses and links to watch the films.

AFAC “Screens and Streams” launched on April 2, complimenting AFAC’s mission to support independent Arab filmmakers and to promote their works, thereby boosting engagement with audiences of the Arab region. The initiative is a re-thought adaptation of the annual AFAC Film Week, organized yearly since 2014 in different Arab cities and showcasing, for every edition, a rich selection of AFAC-supported films. In light of the present unprecedented situation worldwide, and the ensuing global lockdown, AFAC opted this year for a virtual program of films and music, spanning over several weeks.

Stay tuned to the fourth week of AFAC “Screens and Streams”, running from April 23 to 29, and showcasing a new program of films and music including “Nation Estate” by Larissa Sansour; “Coming Forth by Day” by Hala Lotfi; and one-day screenings of the documentaries “Roshmia” by Salim Abu Jabal, as well as “We Were Communists” and “A Maid for Each” both directed by Maher Abi Samra.

Home Sweet Home (2014)
Directed by Nadine Naous
Filmmaker Naous’s father spent 40 years as the director of a secular school he founded in Beirut’s southern suburbs, once a mixed area but now predominantly a Hezbollah stronghold. Today, the 69-year-old founder is drowning in debt and must sell his school which is causing him devastation yet relieving his wife. Naous returns to her homeland to document this period in her family’s life and the life of Lebanon.
WATCH HERE

The Little Eagles (2016)
Directed by Mohamed Rashad
Between two generations, the left-wing activists of the sixties and seventies, and their children of the nineties, many things remain to be said. The film revolves around a confrontation between dreams, aspirations, political action, failure, frustration, alienation, and finally the revolution on both sides.
WATCH HERE

Living Skin (2010)
Directed by Fawzy Saleh
‘Living Skin’ is a documentary that explores the lives of Shoushou and Mohammad Farag, two children who live and work in the tanneries in Egypt. Through their stories, we see the workers’ inhuman living conditions, surrounded by hazardous chemicals in a harmful environment, as they try to enjoy what remains of their childhood.
WATCH HERE

194. Us, Children of the Camp (2017)
Directed by Samer Salameh
The film follows the director’s journey as he is forced to join the Palestinian Liberation Army in Syria only a month before the start of the Syrian uprising. With the escalation of violence and the increasing attacks by the Syrian regime army on the camp, the director and his friends attempt to document the hopes, struggles, departures and loss they experience.
WATCH HERE

74 - The Reconstitution of a Struggle (2012)
Directed by Rania Rafei and Raed Rafei
Between March and April 1974, students at the American University of Beirut occupied university offices for 37 days, demonstrating against a tuition increase. Fast forward to 2011, in the midst of the Arab Spring, filmmakers Rania and Raed Rafei decide to step back and reconsider the present situation in the light of the 1970s, a period pregnant with hope, but also a prelude to civil war. With the Lebanese student revolt of 1974 as their starting point, the filmmakers direct an absorbing documentary on the core issues of revolution and democracy. In addition to a meticulous re-enactment, they include theatrical improvisations in which activists give their interpretations of the student leaders’ actions in 1974.
WATCH HERE