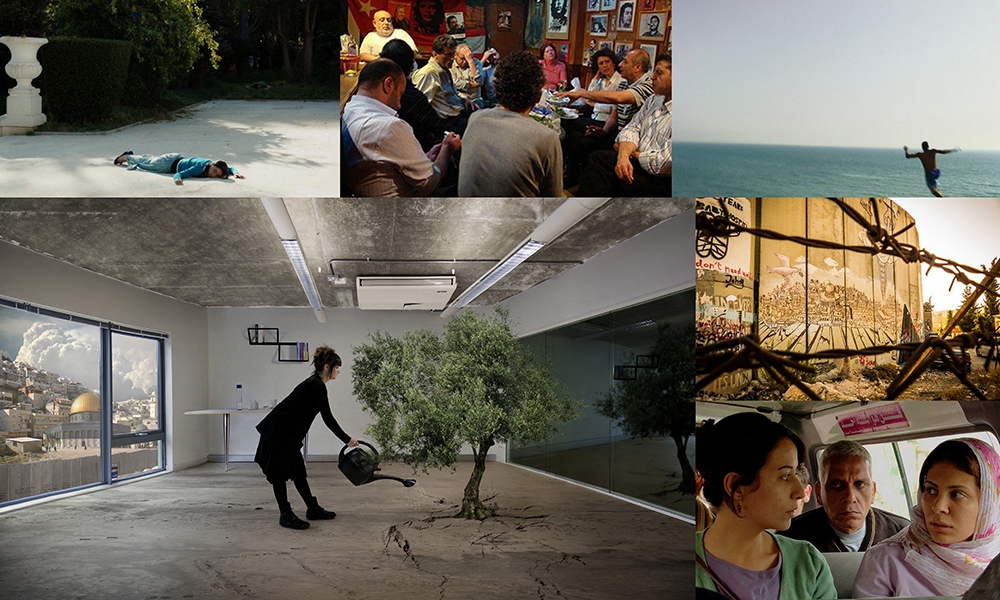 AFAC “Screens and Streams”: Tune in to a Fourth Week of Online Films and Music
23 Apr 2020

The AFAC “Screens and Streams” initiative enters its fourth week and continues to offer a free online selection of AFAC-supported independent Arab films and music albums.

This week, launching April 23, the program features 6 films, of which one will be available for a free screening for one day only: “We Were Communists”, an audacious and personal documentary by Lebanese director Maher Abi Samra (available on April 28 only). The remaining five films will be available for watching for the duration of the week (April 23-29): “Nation Estate”, a sci-fi short film by Palestinian director Larissa Sansour; “The Wanted 18”, an animation/documentary by Palestinian director and cartoonist Amer Shomali; “Coming Forth by Day”, Egyptian filmmaker Hala Lotfy’s debut film; “My Love Awaits Me by the Sea”, a poetic fantasy documentary by Palestinian filmmaker Mais Darwazah; and “The Trial Garden”, a short drama by Algerian director Dania Reymond. The full program including the films’ screening dates, synopses and links can be found below.

While the films are available for up to 7 days, the “Screens and Streams” music playlists will be available throughout the initiative’s duration.

Keep watching the AFAC spaces, and follow the “Screens and Streams” news, social media posts and stories, as a fifth week unfolds on April 30 with a special jazzy edition celebrating International Jazz Day, and a renewed selection of five Arab films including “Emwas” by Palestinian writer and filmmaker Dima Abou Ghoush; “As if We Were Catching a Cobra” by Hala Al-Abdallah; and “The Mulberry House” by Yemeni filmmaker Sara Ishaq.

AFAC launched the “Screens and Streams” initiative on April 2, complimenting AFAC’s mission to support independent Arab filmmakers and to promote their works. The initiative is a re-thought adaptation of the annual AFAC Film Week, organized yearly since 2014 in different Arab cities and showcasing, for every edition, a rich selection of AFAC-supported films.

The Wanted 18 | Palestine (2014)
Directed by Amer Shomali
In the town of Beit Sahur, a group of men and women decide to buy cows, eighteen exactly, to produce their own milk as a cooperative. Their venture is so successful that the farm becomes a landmark and the cows, local celebrities… until the Israeli army takes note and declares the cows as a ‘threat to the national security of the state of Israel’. The dairy venture is thus forced to operate underground and the cows have to go into hiding. The Wanted 18 revisits that compelling chapter in the recent history of Palestine, from the perspective of the cows and the activists, using stop-motion animation, drawings, archival footage and interviews. The outcome is an enchanting reflection on the ingenuity and power of grassroots activism, which underlines the wisdom that violence is a failure of the imagination.
This screening is in partnership with the Palestine Film Institute.
WATCH HERE

Nation Estate | Palestine (2012)
Directed by Larissa Sansour
The film offers a clinically dystopian, yet humorous approach to the deadlock in the Middle East. With a mixture of computer-generated imagery, live actors and arabesque electronica, the film explores a vertical solution to Palestinian statehood. Palestinians have their state in the form of a single skyscraper: the Nation Estate. One colossal high-rise houses the entire Palestinian population – now finally living the high life.
WATCH HERE

Coming Forth by Day | Egypt (2012)
Directed by Hala Lotfy
The film follows 24 hours in the life of frustrated Cairo women, Soad and Hayat, looking after their incapacitated father/husband in their stuffy, frowzy Cairo apartment that plays a central role in reflecting the characters’ psyche as well as channeling Lofty’s social commentary on loneliness, solitude and poverty.
WATCH HERE

My Love Awaits Me by the Sea | Jordan (2013)
Directed by Mais Darwazeh
A woman embarks on a journey from Jordan back to Palestine to find her imaginary lover Hasan, a deceased poet and illustrator. Through his fantasy world she discovers the remnants of hope in characters living under occupation. This film is a personal account of displacement, taking the filmmaker on a near impossible first journey back to her country of origin. Along the way, she meets characters, searching for her Hasan in every one of them; characters that don't conform to the prevailing realities, instead creating their own personal comfort zones in order to survive under despairing conditions.
WATCH HERE

The Trial Garden | Algeria (2016)
Directed by Dania Reymond
In a tropical-like park in Algiers, Lyes, a young director, helps his actors rehearse. His next film tells the story of young Algerians who dream to leave their country to go to Europe, with no success. While they are rehearsing, the film crew ends up facing disillusionment too.
WATCH HERE

We Were Communists | Lebanon (2010)
Directed by Maher Abi Samra
A reflection on the intersecting destinies of comrades who were once bound by ideologies and remain tightly knit friends, We Were Communists is Maher Abi Samra's uninhibited examination of the legacy of Lebanon's civil war and its post-war present. Four men recount their stories from the battlefield, their broken dreams, and their eventual disillusionment in light of the country's ongoing unsettled crises.
The film will be available online for one day only on April 28
WATCH HERE