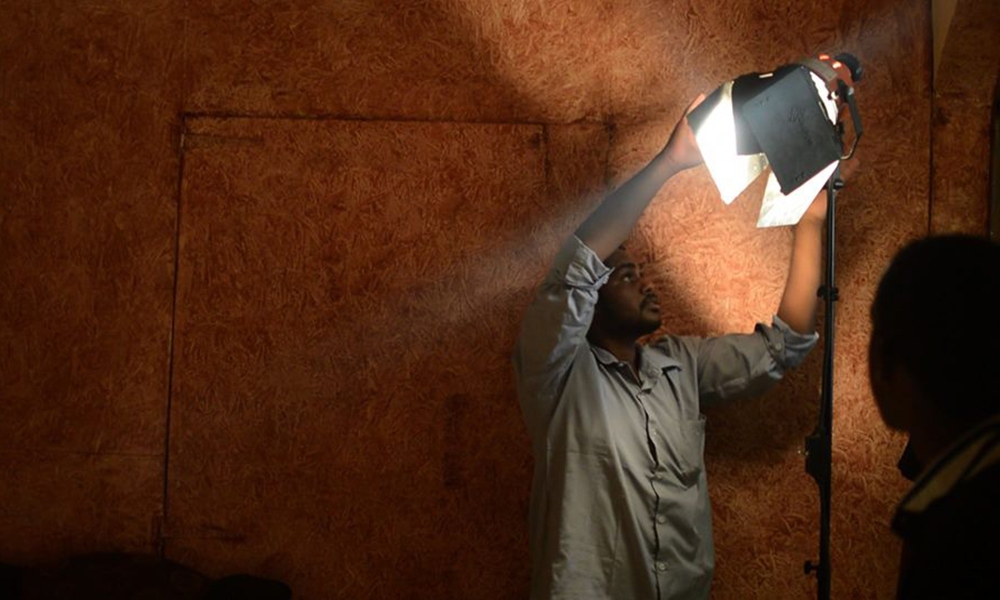 The Arab Fund for Arts and Culture – AFAC is pleased to announce the selection of twenty-four projects from seven Arab countries as part of its 2019 Training and Regional Events Grants Program.

The Training and Regional Events call opened on June 1 and closed on September 1, 2019 with 143 applications received from 12 Arab countries, including Yemen, Libya and Sudan, and 14 non-Arab countries.

Following the selection of the 24 projects, the jurors issued this statement:
"AFAC received a considerable and varied number of applications to this year’s grant of the “Training and Regional Events” program. The majority of them represent ideas and projects to be implemented in Arab countries, while the rest are to be held in Europe and North America.
These projects ranged from several areas. Some of them are innovative and open new windows to creativity, while some others are traditional but meet basic needs; some fall within the parameters of education, others are interested in documentation. The projects hailed from different fields and practices: literature, journalism and satirical writing, theater, dance and cinema, in addition to international festivals for Arab films, and local festivals that revolve around specific topics. Most cinema projects came from Palestine, while most theater projects came from Syria. Dance, literature, journalism, and satirical writing made up the smallest percentage of the projects presented; music and plastic arts were modestly present, while projects related to new technologies and media in the realm of art and technology were few and even rare. We were pleased to receive several projects that dealt with environmental issues from a cultural perspective, mostly from Lebanon, Algeria and Morocco.
The largest number of projects presented in this call focused on training and developing competencies, indicating a general awareness of the need to train and build capacities of young people in the areas of creative writing, especially in theater and film. The objectives of the cultural projects focused on the need and importance of cultural, intellectual and artistic communication with children and youth in refugee and displaced communities.
Most of the proposals came from Lebanon, Syria, Egypt and Palestine; while fewer came from Algeria, Morocco, and Tunisia; and even fewer were submitted by Jordan, Iraq, Sudan, Yemen, the Arabian Gulf, Libya and Mauritania.
As a jury, we had to define our internal criteria. The first of these was the interest of these projects in the communities in which they are to be held, their impact on the target audience, the possibility of their implementation on the ground, and their level of seriousness and innovation. Other measures included balancing artistic types, large-scale projects and specialized smaller projects, taking into account the diversity of applicants in terms of age and gender. With all these criteria, we have always sought to respect geographical distribution, with particular attention to countries that lack cultural structures, and where support to culture and arts is a vital necessity.
This was the most difficult task, since the projects cannot be judged by the same criteria when they come from different regions where the possibilities and challenges in the field of art and culture vary in times of revolutions, conflicts, wars, asylum and migrations.
Finally, we hope that our efforts will contribute to meeting the needs of the cultural field and open new horizons for ideas and projects that would constitute a building block in the formation of a promising future for the Arab world.”

The 24 projects selected by the jurors
Creative Writing Workshops for Children in Marginalized Neighborhood by Mohamad Ibrahem Farahat
Psycho-Social Support & Art-Based Intervention by Maher Jelo
Out of the Shadows by Reem Shilelh
Writing for Stage by Marie Elias
The Outpost Archives by Ibrahim Nehme
Youth Animation Platform by Fadi Syriani
Once Upon a Time... The story Begins by Dima Abazah and Nancy Khoury
Thread and Tale by Mahdi Atiya Karera
Climate Change, Culture Change by Kheira Ikram Hamdi Mansour
The Laboratory Spirit - with Odin Teatret by Association of Al Madina Theatre for Arts and Culture
NAFAS - New Alternative Films Around Sudan by Sudan Film Factory
Creative Producing by Fondation Liban Cinema (FLC)
The Return of the Soul - Egyptian Legacies by Tarek Walli Architecture Center
REEF - Rural Encounters on Environment and Films by Majless Al Biaa (Council of Environment)
Palestine Cinema Days 2020 by Filmlab Palestine
The Musical and Literary Heritage of Omar Zenni by Nadi Lekol Nas
Art, Ecology and the Commons by Temporary Art Platform
Love You Live by Station
Illustrating the Revolution and the Syrian War by The Creative Memory of the Syrian Revolution
The 11th Edition of the International Festival of Environmental Films by Takassemtane Association for Environment and Development
Interactive Digital Training Guide for Creative and Satirical Writing by Alhudood CIC
Toronto Arab Film Festival by Toronto Arab Film
Hamesch: The New Arab Cultural Supplement by Al-Jumhuriya Collective
Palestine Writes Literature Festival by Palestine Writes