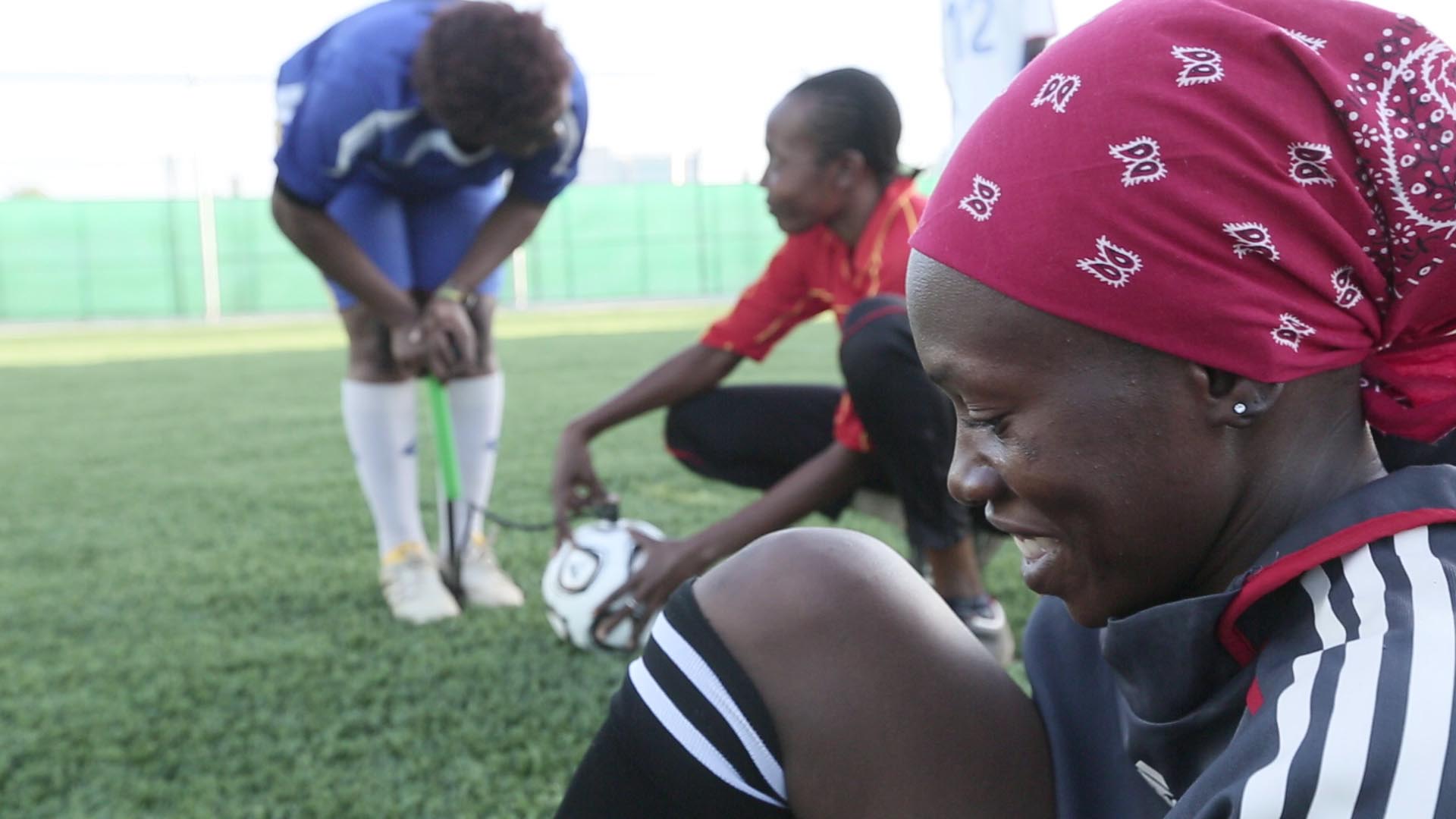 In a world of men ruled by Sharia law and threatened at its borders by civil war, young women claim their right to live as they please. By accepting their passion for football, they try to make their dreams come true and fight retrograde institutions. A film that raises many issues but also manages to retain a determined approach and a clear narration. By filming an extremely complex situation from the inside, the film director manages to capture the sensitivity and emotions of a country at the dawn of a profound social change. By following its protagonists on a daily basis, she explores the city and its surroundings. Their fight for their rights is combined with their dream of shining on the ground. A highly political and poetic work.