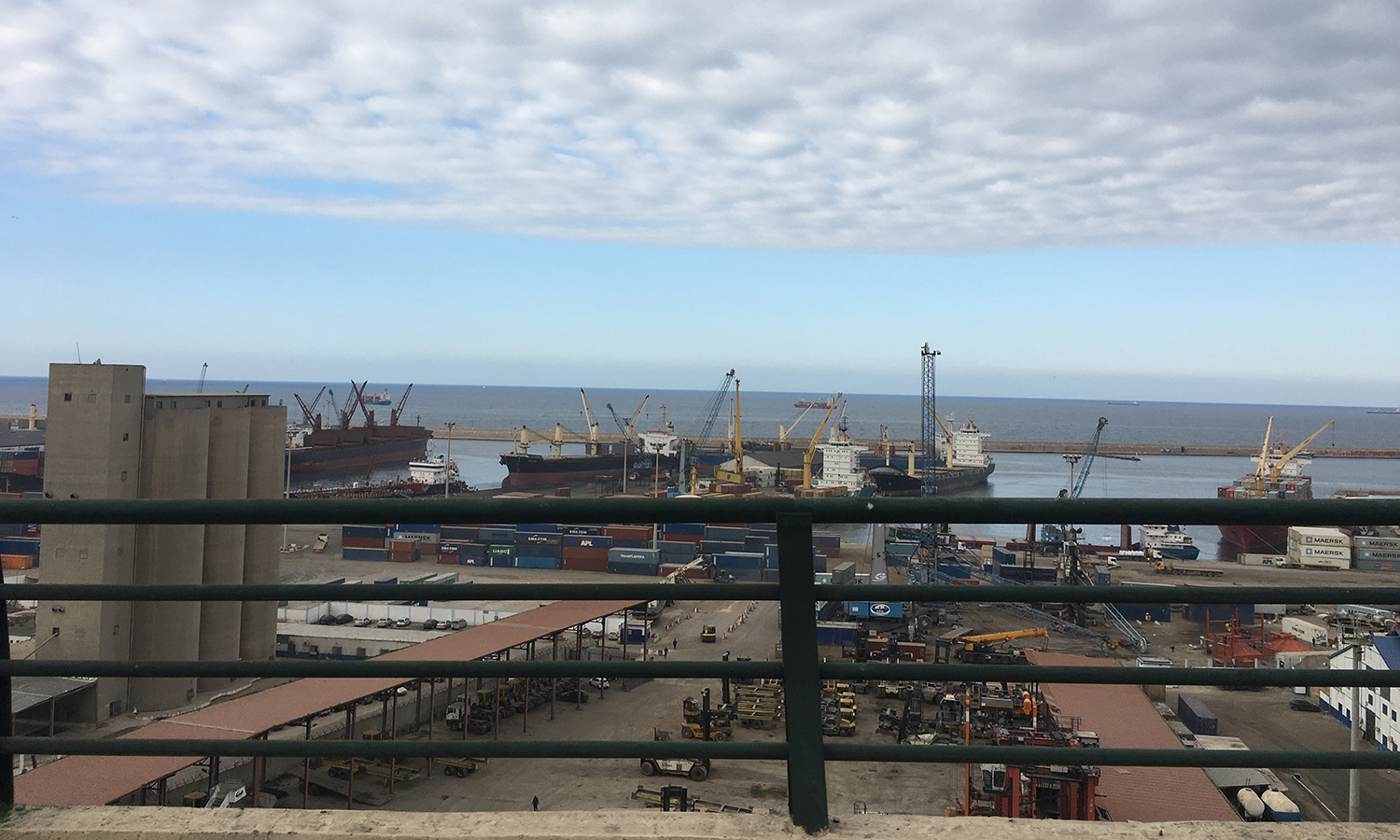 For French, Please Scroll Down

The North Africa Cultural Program (NACP) is a three-year program (2019-2022) launched by AFAC and funded by the Swiss Cooperation Office. The program is dedicated to the five countries of North Africa- namely Morocco, Algeria, Tunisia, Libya and Egypt - and comprises two support schemes, a National Fund and a Regional Fund. Together, the two funds aim to strengthen independent arts and culture entities (institutions, collectives, networks, spaces…), encourage regional collaborations, and focus on supporting distribution, circulation and dissemination of artistic works in all fields.

Through an open call scheme, this program provides up to three-year institutional and programmatic support to active arts and culture entities based in each of Morocco, Algeria, Tunisia, Libya and Egypt, as well as for transboundary projects that promote joint artistic collaborations, distribution, and the professionalization of arts and culture practices among those five countries and with the rest of the Arab and African regions.

Nationally, support is in the form of core and program funding to strengthen the structures of independent arts and culture entities and for their increased engagement and outreach, as well as the training and skill-building of young artists and emerging professionals.

Regionally, the program supports artistic projects that are created regionally; the distribution, dissemination and circulation of artistic works and productions to broad audiences; the documentation, archiving and sharing of data, knowledge, and contemporary practices in arts and culture; as well as exchanges on the development of frameworks for arts and culture education and cultural policies.

NACP is the fruit of an international bid put out by Swiss Cooperation Office which AFAC applied to and won in mid-2018. The program meets the aspirations of both AFAC and Swiss Cooperation Office. It responds to the 2017 recommendations made in AFAC’s Ten Years’ Study and focus group discussions, namely to reinforce AFAC’s presence in North Africa; to support distribution and circulation; and to provide more institutional support to arts and culture entities beyond the existing project support to institutions in other AFAC programs. It corresponds to Swiss Cooperation Office’s strategy to invest in culture and in its geographic area of focus, namely North Africa. This program is open to the diversity of cultural expression with no conditions attached in terms of themes or artistic practices.

This is the first time AFAC specifies a sub-region for an open call grants program which are usually open and accessible to all applicants across the Arab region. AFAC sees this as an opportunity to build a solid model for the strengthening of arts and culture entities as well as for distribution support. Our vision is to replicate such a model in the wider Arab region and to expand connections where they organically exist.

Grant schemes
The North Africa Cultural Program has one open call and only in 2019, under two grant schemes: The National Fund and the Regional Fund. Applicants can apply to both as per the guidelines detailed below under section: About the Grant.

Grants under the Regional Fund only support projects that involve collaborations between arts and culture entities from at least two of the five North African countries (Morocco, Algeria, Tunisia, Libya and Egypt) but may also include additional partners from the rest of the Arab region, Africa, and beyond. However, the applicants (two or more) must be based in at least two different North African countries.
Projects under this support scheme encompass the various artistic fields of film, visual arts, performing arts, and music, in addition to multi- and inter-disciplinary initiatives. Moreover, collaborations with civil society organizations are encouraged so long as the main applicants are active in the arts and culture field.
The Regional Fund aims to strengthen long-term joint projects and regional exchanges.
Single outputs like film, performance, exhibition, musical album, etc. are not covered by this grant. For the latter, consult other AFAC general grants’ programs.
The Regional Fund grant scheme provides project support for either one or all of the following support areas:

1) Programmatic collaborations, including but not limited to:

2) Distribution, dissemination and circulation initiatives whose goal is to connect art productions with audiences in the Arab region, including but not limited to:

Projects supported under this scheme must be complemented with marketing and promotion strategies and audience engagement plans that ensure the project’s outreach.

3) Documentation, archiving and sharing of data, knowledge, and contemporary practices in arts and culture, including but not limited to:

Initiatives that render archives and documentation accessible to artists, practitioners, and scholars for the production of publications, art works, performances and scholarly research Studies, programs, collaborations and creation of networks and joint projects

4) Development of frameworks for arts and culture education, cultural policies, and a critical discourse on the arts in the region, including but not limited to:

Applicants must include in their budgets the fees for an annual audit for the duration of the grant.

The Regional Fund provides a total grant between $150,000 and $300,000 per grant, to begin in December 2019 / January 2020 and end by March 2022.
Applicants can apply to one or all four of the project support areas but the maximum budget is not to exceed $300,000.
The total running and staff costs should not exceed 30%.
Applicants are encouraged to show other streams of funding. The jury reserves the right to determine the amount of the grant and the relevant proposed expenses.
Proposed activities and institutional strengthening components must be completed within the duration agreed to in the signed contract, during which grantees are expected to submit the necessary financial and narrative reports.
Each institutional applicant is entitled to one application under the North Africa Cultural Program - Regional Fund.
Applicants rejected in the first round of submissions (August 1 deadline) are not eligible to re-apply to the second deadline (November 1 deadline).
Recipients of the Regional Fund grant cannot apply for other AFAC programs before the end of their current grant.

The program is open to receive applications from arts and culture:

For this particular program, institutions with an open grant in another AFAC program can apply.

AFAC will not consider applications submitted by:

AFAC will not provide support retroactively. AFAC will cover the expenses that will occur only after the signature of the contract.
The grant will be issued to the applicant (from one of the five North African countries) for a regional initiative.
Regional initiatives must be implemented with at least two out of the five countries (Morocco, Algeria, Tunisia, Libya and Egypt), and can include partners from other countries in the Arab region, Africa and internationally…
The Regional Fund will be a rolling call starting 16 May 2019 until 1 November 2019. This would give applicants the time needed to establish a regional project that involves more than one partner and country. The first deadline is 1 August 2019 and the second deadline is 1 November 2019.
The initiative’s time frame should not exceed March 2022

Applications are only accepted through our online call for applications which is available on our website. Applications submitted via regular mail or e-mail will not be accepted.
The applicant will receive a confirmation email once the online application has been received. Applicants are advised to follow up on the full completion and delivery of requested material as AFAC will not contact applicants if any part of their application is incomplete.
Incomplete applications will not be taken into consideration.

Following the submission deadline, AFAC will conduct an eligibility check to ensure that applications are complete and adhere to the guidelines. Only applications that pass the eligibility check will be sent to an independent jurors’ committee which will assess and choose the entities to be granted.
Announcements for the first deadline are issued in October 2019. Announcements for the second are issued in January 2020.
An automatic email will be sent to applicants who were not selected to receive grants.
AFAC is not obliged to cover the total amount of the requested grant.

The grant winners will be announced and published on the AFAC website and Facebook page after the jury meetings conclude.

As soon as the grant winners are announced, AFAC will draft a grant contract to be signed by the grantees. The contract will include start and end dates, grant amount, budget breakdown, financial requirements, payment schedule, general provisions, implementation and amendments, required reports and expected results and outputs.
The grant will be disbursed in instalments. The number of instalments will be decided in accordance with the grant amount and the proposed project implementation plan.