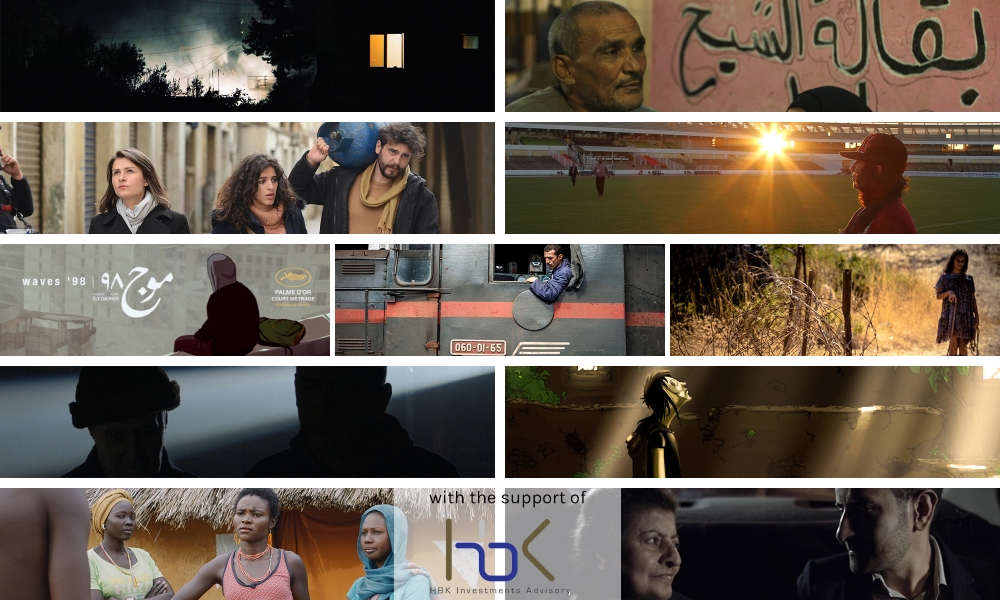 The Arab Fund for Arts and Culture – AFAC and Cinema Akil are pleased to invite you to the seventh edition of the itinerant AFAC Film Week, taking place from September 27 to October 5, 2019 at Cinema Akil in Dubai with the support of HBK Investments Advisory. Eleven AFAC-supported films from five Arab countries will be screened during the film week, followed in some cases by a Q&A session with the director.

After six successful editions in Beirut, Cairo, Tunis, Morocco, Sudan and Algeria, the 7th AFAC Film Week comes to Dubai with a rich program that comprises a selection of contemporary feature narratives, documentaries, and shorts including A Kasha, a romantic drama directed by Sudanese filmmaker Hajooj Kuka; What Comes Around, a documentary by Lebanese-Egyptian director Reem Saleh highlighting the strength in community support in one of Cairo’s poorest neighborhoods; Soudade Kaadan’s powerful Syrian drama The Day I Lost My Shadow; Tunisian feature documentary Railway Men directed by Erige Sehiri; and the Libyan documentary Freedom Fields by Naziha Arebi, which follows the journey of a group of women who, in spite of the political climate and their differences, join together to form Libya’s first female football team. Two special screenings of Twenty Eight Nights and a Poem by Lebanese director Akram Zaatari, a documentary on photography, memory and culture will also be on the program, in addition to five short films from Lebanon, which will close the film week under the section “Lebanon in Focus”: The Street of Death and Other Stories by Karam Ghossein, I Crossed the Hallway by Rabih El-Amine, Silence by Chadi Aoun, Waves 98 by Ely Dagher, and Free Range by Bassem Breish.

All films and documentaries will be screened at Cinema Akil in Alserkal Avenue. For more details and ticket prices, click here.

A Kasha is a universal offbeat and humorous love story set in a time of civil war - but the war is in Sudan and it is happening right now. We follow Adnan, an AK47-loving rebel, his long-suffering love interest, Lina and the army dodging Absi, over a fateful 24 hours in a rebel-held area of Sudan.

Syria 2011, between water outages and power cuts, all Sana dreams about is a hot shower. She is not interested in politics. She has a nine-year old child that she needs to take care of, and an absent husband working in Saudi Arabia to support the family. Now, she cannot even cook since the country is hit by a Gas crisis. She takes the day off to go out searching for a place to buy a gas cylinder. The road to the distributor is far away and she has to pass by people who have lost their shadows…

Tunisian railroaders call it “the normal way” because it is the only railroad in the country built according to international standards. However, for those working on it, nothing seems normal. Abderahim (a.k.a. Abee), an assistant train driver, uses his job as inspiration, as well as a way to finance his first professional rap album. Despite the possible consequences, Issam Fitati publicises the grave social and technical deficiencies of the railway company. The first-ever female train driver, Afef fights against her family in order to transform her job into a career. Ahmed, a former artistic director who became a train driver following in his father’s footsteps, is secretly preparing for his departure. And Najib, the lonely head of a small train station, no longer speaks to the passengers, since no one buys tickets anymore. Keeping the dramatic irony of the railroaders in its sights, ‘The Railway Men’ is a mirror of a Tunisia searching for itself.

When a filmmaker travels to an old photographic studio in Saida, Lebanon, he recounts the story of a photographer and how the man's work connected to the culture and city.

In Rod El Farag, one of the poorest residential areas in Cairo, obtaining meat, fruit and daily bread is a constant struggle, but the sense of community shared by the inhabitants helps them to some extent overcome their hardships through a social practice known as ‘al Gami’ya’, or ‘the assembly’.

At the turbulent dawn of a nation once cut off from the world, a dynamic group of women from fractured sides of the revolution come together with one hunger in common. Their dream: to form the first national Libyan women's football team.

The place of beginnings: a suburb pushed up against Beirut airport. Our turf: a treacherous stretch of highway, separating us from the sea, the roar and shadow of planes bearing down from the sky. The road claims some of us, the sea yet others, and the planes a few more. But guns also take their share.

"It was two o'clock after midnight; I cross the dark corridor that leads me right to my parents' room. Few steps that seemed to be never ending, I enter my parents’ room, I find my father laying on the bed, close to him my mother sitting in silence. She looks at me and says, "Your father is dying".

Silence is the only sound. In the city of Ghabra, the price of any form of expression is death. Yet, a few free souls defying this austerity have decided to dance for life. Silence is a prelude into a dysfunctional society on the verge of implosion.

Omar, a high-school kid living in the northern suburb of Beirut, is struggling in his social bubble. On a quiet afternoon, on a terrace looking over the city he notices something strange, a sort of Giant golden animal protruding from between the buildings that draws him and leads to his discovery of a special part of the city.

A cow crosses the border from Israel to Lebanon and meets with 10 year-old Malakeh and her family. Based on a true story, "Free Range" is a grotesque comedy about power struggles between humans, religions, borders, peace-keepers and cows.