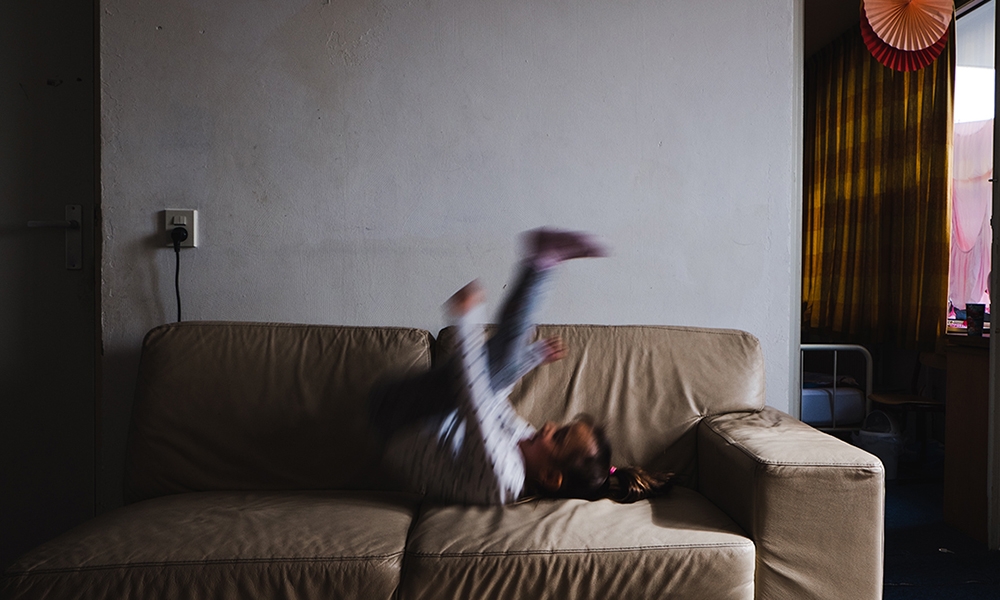 The Arab Fund for Arts and Culture – AFAC, Prince Claus Fund – PCF and Magnum Foundation are pleased to announce the selection of nine new projects to be supported as part of the sixth cycle of the Arab Documentary Photography Program – ADPP.

The ADPP call for applications opened on February 1 and closed on May 7, 2019. Ninety-two applications were received from 16 Arab countries, including Bahrain, Kuwait and Libya, marking an increase of 16.5% in the total number of applications compared to the 2018 cycle. Eighty-four applications passed the administrative check and were sent to the jurors for evaluation.

A jury committee composed of three members was invited to review and evaluate the applications in view of selecting the projects most eligible for support. This year’s jury committee was comprised of Magnum Foundation Executive Director Kristen Lubben; Lebanese artist, photographer and professor Gregory Buchakjian; and Algerian/French artist Bruno Boudjelal. The deliberations resulted in the selection of nine projects with the following jury statement:

"Among the 84 proposals from 16 countries that the jury reviewed, we selected nine very strong applicants from Egypt, Sudan, Lebanon, Kuwait, Algeria, Yemen, and Bahrain. While these artists represent a variety of approaches and profiles, several themes emerged across their projects: displacement and migration; intimate portrayals of place and memory; youth culture; and tensions and violence surrounding gender and social expectations.
The very encouraging news is that so many young photographers are dedicated to pursuing their work, even when working in isolation or in challenging environments. Though photographers from elsewhere can and do take pictures of the region, the applicants to the ADPP program are doing something very different in their work: re-appropriating their own stories and those of their countries. A primary goal of this program is to bring these photographers into a network of support and mentorship, so that their unique perspectives and capacities are developed.
Six of the nine selected projects are by women. While this was not intentional on the part of the jury, it reflected the strength of this year’s proposals by female photographers, which is particularly notable given the larger contexts for women in the region. As is typical for the program, the largest number of applicants came from Egypt, with Lebanon and North Africa also well represented. In the future, and given the political transformations underway, we should see more variety, including from the Gulf region.”

As reflected in the jury statement above, this year’s selection tackled a rich variety of subjects and issues. Reflection on identity was a common subject and theme in the received applications, both on the intimate personal level leading to self-(re)discovery, and on the broader personal and national levels. Social issues were also a main subject of observation for many photographers: addiction, gender issues, poverty, abortion, genital mutilation, the role of women in societies, minorities, marginalized categories and the LGBTQ community. Wars, migrations and refugees were the main topics for applications dealing with political themes. Additionally, varied topics like climate change, environmental problems and economic challenges were explored in the applicants’ proposals.

The nine selected projects reflect a range of social, political, and personal issues. In "Some Quiet Noise", Thana Hazem (Yemen) focuses on asylum seekers in the Netherlands, while Somaya Mohamed’s "A Permanent Wound” confronts genital mutilation in Egypt. Salih Abdelgabar Sharif (Sudan) depicts Sudanese refugees in Cairo and their inward search for “home” in “The Home Seekers”. Mohammed Alkouh (Kuwait) documents a lost island in Kuwait in view of preserving its heritage with “Failaka”. “Here, There, or Elsewhere” by Dania Hany (Egypt) evokes questions of national and personal identities. Fathi Hawas (Egypt) reflects on youth struggles in marginalized cities of Egypt in “Margined in a Supposed Green”, while Khalfa (Algeria) addresses the challenges faced by the LGBTQ community in Algeria in “Je T’aime Hic”. Mariam Alarab (Bahrain) brings the underlying identity crisis of Bahrain to the forefront in “But Hope is Born from the Suffering Womb”, and Emanuelle Ferneini (Lebanon) exposes violence against domestic helpers in Lebanon in “A Bigger Room”.

The selected photographers will receive a production grant and will benefit from two intensive workshops to be held in Beirut, as well as a 6-month mentorship program to accompany the development of their individual projects under the supervision of the program’s mentors: Randa Shaath, Peter van Agtmael, Tanya Habjouqa and Eric Gottesman.

Embarking on its sixth year, the ADPP program is now ripe for reflections and for an analysis of the past cycles’ statistics. The distribution of applications received over the six years of the program spans across 19 Arab countries. Over those last 6 cycles, the ratio of female/male applications has remained consistently around the ratio of 45:55. This ratio is the same for the number of grantees over the years, with the exception of this year’s sixth cycle which includes 6 women artists out of the total 9 grantees.

In parallel, the program witnessed an increase in the number of emerging photographers (as opposed to the more seasoned ones), going from 23% in 2014 to 49% in 2019, thus aligning with the program’s core mission to strengthen the capacities of young talented photographers in visual storytelling.