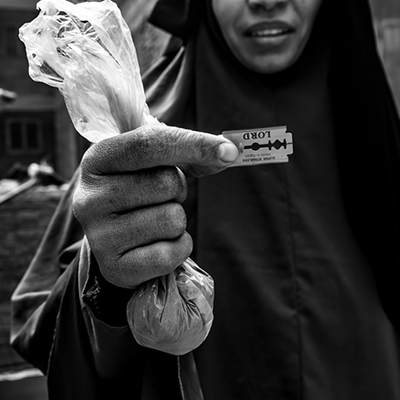 “A Permanent Wound” is a personal documentary project about female genital mutilation (FGM) in Egypt. Although in 2008 a law was enacted criminalizing FGM, Egyptians still consider it as one of the most important religious and traditional rituals. The community, and speciﬁcally the family, force their own concepts of rules upon girls, believing that FGM protects the female’s dignity and honor. According to governmental documents, more than 90% of women in Egypt under the age of 50 are circumcised. This is considered as an evident sexist practice in Egypt and an attempt to control the women’s sexual lives. Furthermore, it represents an explicit violation of women’s and children’s rights.