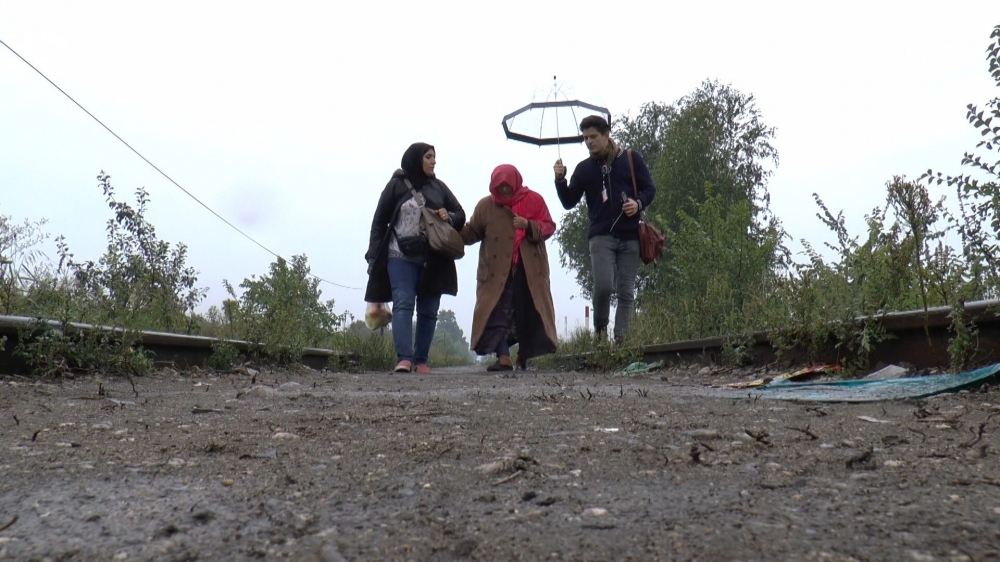 Seven AFAC-supported films are set to show at the 35th edition of the International Documentary Film festival Amsterdam - IDFA this November.

We are happy to take this chance to put the spotlight on the important work of these documentary filmmakers and hope you’ll be sure to catch a screening of their work at IDFA if you’re in town or when these films come to a theater (or screen) near you.

Notes on Displacement
First, we have Palestinian director Khaled Jarrar’s Notes on Displacement, which will make its world premier in the festival’s Envision Competition. The film moves beyond the images of overcrowded boats and tent encampments that dot the news and instead trains its cinematic eye on the disorientation, fear and solidarity that define a single family’s grueling journey through the Balkans toward Germany where they hope to make a home.

From the Other Shore
Lebanese director Maher Abi Samra’s doc will also premier at IDFA, showing in the festival’s Luminous section. The film sketches an intimate portrayal of its two primary subjects: Sylvana, who relies on a wheelchair to move through the world, and Mohammed, who is blind. The two live in different cities but meet several times over the course of a year with Abi Samra’s camera in tow. And when they do come together, they like to go for walks: to a museum in Beirut where they learn about stands of beauty in ancient Greek and Phonecian cultures and the desire for aesthetic perfection; to a Paris cafe for tea where they talk about their endless, draining struggle for equal treatment. These walks are the catalyst for intimate conversations on the constant lack of autonomy they experience in daily life and how the obstacles they face are not only physical but above all societal and From the Other Shore is there to document it all.

The film is a poetic look at the tension internal to conservation practices, but specifically those deployed in Occupied Palestinine where Israeli-led discourse on the protection of nature goes hand in hand with occupation. Imbricating fictional scenes alongside non diegetic material, the film tracks local Palestinians foraging for zaatar and akoub and the fines, interrogations and court cases that harass them under the Isreali ban. Who gets to decide what’s allowed in the natural environment, and why do they have that right, the film asks.

Return to Homs
Filmed between 2011 and 2013, Syrian director Talal Derki’s documentary “Return to Homs” offers a portrait of two young revolutions in Homs. Basset is a charismatic 19-year-old goalkeeper for the Syrian national football team, whose revolutionary songs make him the voice of the protest movement in his neighborhood of Bayada. And Ossama is a 24-year-old media activist and cameraman from the adjacent Khaldeeye neighborhood. The camera traces the events of the revolution as they unfold and merge with the lives of the two protagonists: lively protests giving way to crowds of civilians fleeing as the Syrian army moves in. As the regime of Bashar al-Assad intensifies its counter offensive, Basset and Ossama take up arms in a home that is becoming a ghost town.

Return to Homs is screening in a special program at IDFA of films that are key to the human condition. The program has been curated by Academy Award-winning director Laura Poitras, the 2022 edition’s guest of honor.

Three films in progress will be competing in the IDFA Forum, the festival’s co-production and co-financing market.

First is Let’s Play Soldiers, directed by Yemeni filmmaker Mariam Al-Dhubhani, which traces the story of Nasser, a child soldier in Yemen, who is attempting to break the multi-generation curse that has now come for him. Dhubhani recently won the IDFA Spotlight Award at Beirut Cinema Platform.

Next is Theft of Fire, which was directed by Palestinian filmmaker Amer Shomali and attempts to place a focused eye on the theft of Palestinian antiquities by Israeli military leader and politician Moshe Dayan.

Finally, there is Iraqi filmmaker Zahraa Ghandour’s Women of My Life, whose film will unfold from the particulars of one woman’s search into the often hidden abuses and violence against women that permeate Iraq.

To view the full program and screening schedule, visit the IDFA official website.