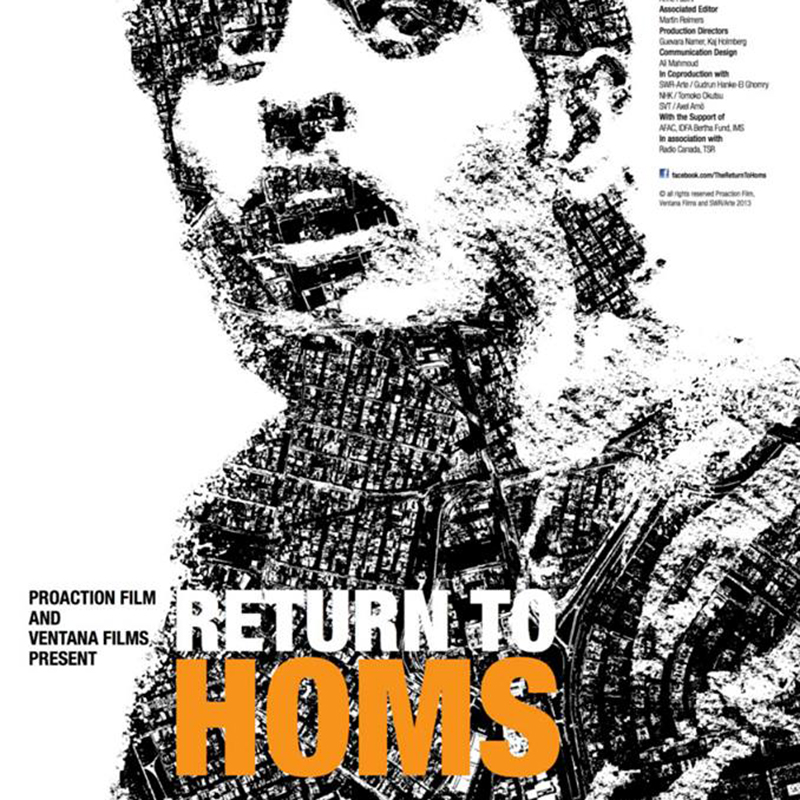 Producer: Orwa Nyrabia
Syria is the land of assassinated filmmakers, since anyone holding up a mobile phone to record skirmishes becomes an instant sniper target. Having this in mind makes Talal Derki’s pungent documentary Return to Homs even more powerful, but you don’t need such information to understand Derki’s achievement. What makes Return to Homs so extraordinary is the way it captures in unplanned fashion the civil war’s trajectory, from optimistic uprising to internecine chaos, via a few fighters struggling to maintain energy while mass destruction threatens to weaken their focus. Abdul Baset Al-Sarout is the most memorable figure in the documentary, a champion goalkeeper whose idealism convinces peers and viewers alike that the fight against Bashar Al Assad can be won with determination. Yet as the film unfolds, the troupe of resolute young men becomes worn down by the ever-increasing devastation. Return to Homs isn’t a film for the faint of heart: The camera doesn’t swerve from showing horrific violence. Its understanding of place is reflected in visceral terms, not only the fighters’ feeling of belonging to a city and a country but the sheer physicality of Homs, where ruined buildings are the norm and bombed holes in walls are used in the matter-of-fact way most people use doors. Derki’s unflinching approach makes this painful record a necessary viewing experience.