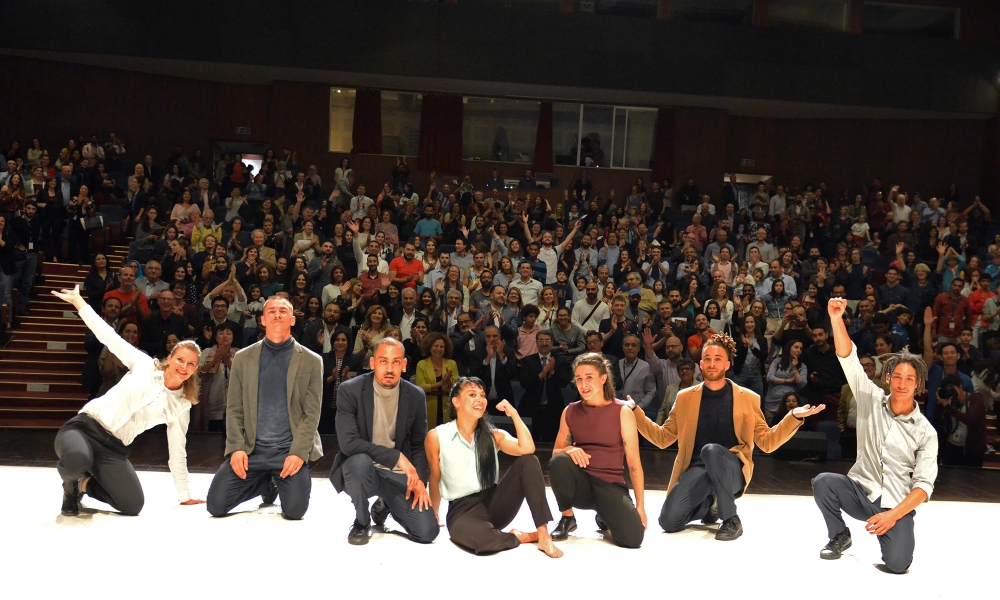 The Arab Fund for Arts and Culture – AFAC is pleased to announce the seven individuals and fifteen institutions and collectives set to receive Training and Regional Events grants for 2022.

The 22 selected projects are characterized by their work on the peripheries of their cultural and political contexts and their efforts to reclaim public space through the use of a wide range of artistic disciplines. The various supported workshops, festivals and events strive to support emerging artists in skill acquisition and audience engagement.

In making their selections, the jury issued the following statement:

“With much hope and a bit of despair in the face of the deteriorating living standards and decline in the quality of cultural work that pose a threat to humanities projects in the region, we carefully studied all the submitted proposals for this round of AFAC’s Training and Regional Events grant.

It is undoubtedly challenging to be the judge of artistic and cultural projects, projects that have a strong relationship with the society they were born out of and have tangible effects on the lives of the communities, institutions, and individuals who believed in those ideas and developed them.

Ultimately, there was consensus among the jury members about a limited number of projects selected from the vast pool of competing proposals. The jury’s consensus was driven from a sense of responsibility toward the cultural scene and the scourges it continues to face on the one hand, and, on the other hand, a desire for objectivity among the members of the jury, who carefully and patiently studied all the proposals so as not to miss the potential of any one project to actually engender positive change in the context in which it shall operate.

The difficulty of selection was overcome by prioritizing projects that are more creative and innovative, taking into consideration the sustainability and stability of other projects and initiatives. Creativity and innovation were the primary principles guiding the decisions of the jury members, and, on that note, the jury members would like to express their pride in the amount of exciting attempts at experimentation. It seems that the increasing challenges in the context around us have resulted in even more perseverance, which is especially apparent in projects submitted by individuals who are relentlessly attempting to address big human and cultural questions in environments that are not necessarily friendly to those attempts, opinions, or thoughts.

Even though geographical representation was not one of the main selection concerns among the jury members, the jury noted the unprecedented amount of proposals submitted from regions that were previously not always as active in the cultural scene, such as Mauritania, Somalia, and Comoros.

The winning projects explore various topics, including the body, intangible cultural heritage, and how the latter can be used as a tool for cultural change and development through training, education, residencies, festivals, shows, and archival work, which further enhances the strength of the cultural scene, especially in marginalized areas.”

The 22 projects selected by the jurors