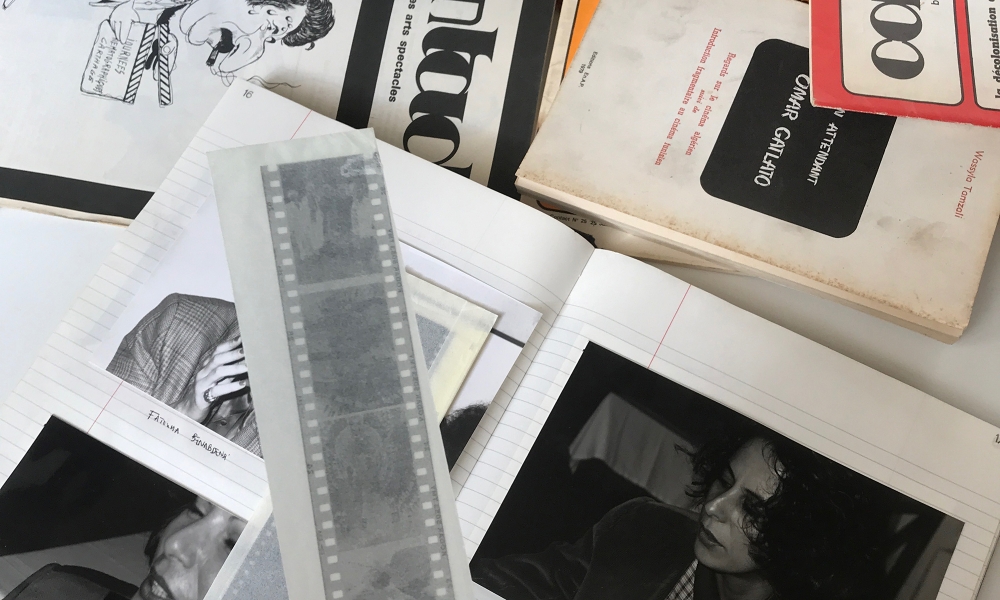 The Arab Fund for Arts and Culture – AFAC and the Arab Council for the Social Sciences – ACSS are pleased to announce the five research projects, which received support under their joint Research for the Arts Program (RAP) for the period 2021-2022.

Following the closing of the program’s call that ran from June 1 to August 31, 2021, AFAC and ACSS received 61 research proposals from 13 Arab countries.

The RAP jurors convened in a two-day meeting to select from the research proposals received. Their deliberations resulted in the selection of five research projects, covering the genres of History of Arts, Music, Graphic Design and Culinary Arts.

Following the meeting, the jurors issued the below jury statement:

The jury read a wide range of proposals delving into popular culture or non-canonical genres, such as 80s pop music in Cairo or Cheikhat singing in Morocco. Many proposals sought ways to research artistic and cultural expressions of marginality and to analyze how these disturb conventional aesthetic norms and defy mechanisms of autocratic oppression in various countries in the region. The proposals suggest that popular culture may provide a window through which marginalized ideologies, such as feminism, or tabooed sexualities can be seen as legitimate epistemes. The terms “resistance” and “resilience” were widely used in many proposals, indicating the role of cultural production within the anticipated winds of social and political change in the region. Working with media ranging from rap, graffiti, cartography and digital media, to excavated histories, applicants attempted to reshape the links between culture, revolution and emancipation in the decade after the “Arab Spring.”

However, hampering many proposals was a reliance on unexamined categories of social analysis such as “center” and “periphery”, “subversion,” “heritage,” “the local,” or “the traditional.” A pattern of salvage anthropology dominated these, as if documenting, data-gathering, and story-telling simply shape multiplicities into inherited identities. Assumptions about organicity and the possibilities of a miraculous escape from the global market tended to obscure the complex relations between art, land, and social practices. A critical examination of the relations between cultural preservation and commercialization, or cultural reification and social exclusion, was often missing from many of the proposals that were evaluated. The jury would have liked to see a more rigorous engagement by Arab cultural and academic practitioners with the foundational transformations wrought in the Arab region by neoliberal capitalism and its various technologies, networks, culture, and products.

The best proposed projects employed the capabilities and features of our region’s multidisciplinary work and strived for social, artistic, and cultural development. The jury supported projects that demonstrated self-critical approaches and reflected on the subject of research while incorporating their participation in thoughtful and ethical ways. The jury also supported projects that created connections between research and art practice, such as mobile phone apps to teach art history or podcasts to reflect on the community of art critics in the region. In these cases, aesthetic media beautifully complement research questions. In other cases, applicants laid out a research methodology whose deep engagement with broad and varied local realities promised to learn from art practices how to think about knowledge.

The five projects selected by the RAP jurors, all led by women artists and academics, are:

Paintings’ Stories: The Forgotten Route by Eman Mostafa from Egypt
Hawran: As for the Rest of the Country by Reem Marji from Jordan
From the Archives: 100 Years of Culinary Ephemera by Salma Ayman Serry from Egypt

A Genealogy of Women Design Pioneers: Graphic Design from Southwest Asia to North Africa since the 1950s by Bahia Shehab, Huda Abi Fares, Yasmine Taan and Soukaina Hachef from Egypt, Lebanon and Morocco
Why We Write: Art Criticism in Cairo and Beirut at the Turn of the 21st Century by Mai Elwakil, Nour El Safoury and Jenifer Evans from Egypt