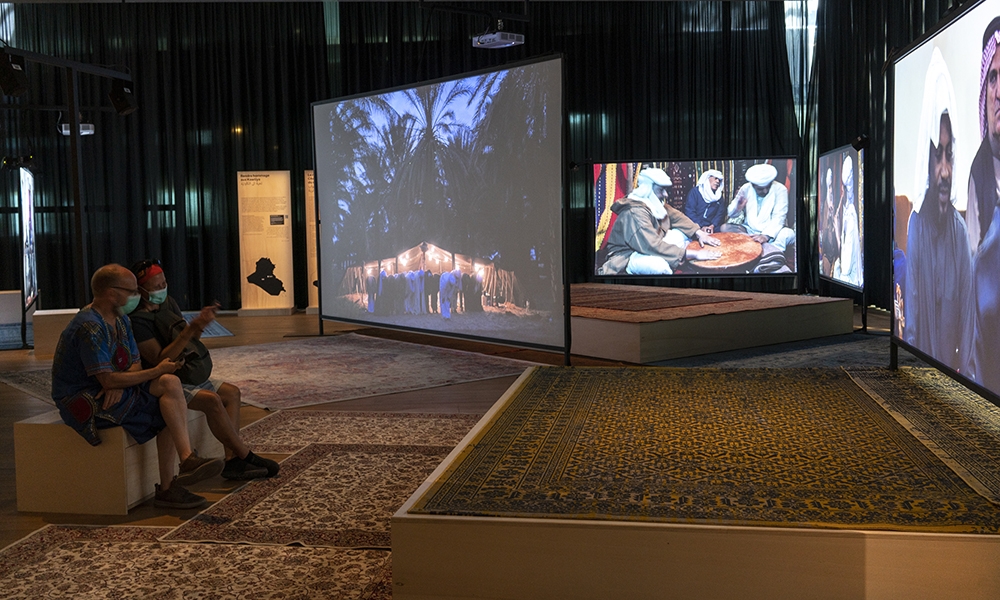 From July 22, 2020 to January 4, 2021, the sound-centric exhibition “Orient Resonance” will offer an immersion into the history of the preservation of the Arab region’s musical traditions at the Museum of Civilizations of Europe and the Mediterranean (Mucem) in Marseilles, France. Supported by AFAC, “Orient Resonance”, is curated by AMAR – Foundation for Arab Music Archiving and Research based on their own collection of endangered ancient oral traditions.

“It is an exhibition against oblivion”, commented AMAR President Kamal Kassar. “Orient Resonance” revives indeed this rich heritage, inherited from an ancient tradition dating from more than a thousand years, and threatened with extinction due to the passing of time as well as to the upheavals shaking the region since the last century.

Kassar acquired the extensive collection of old Arab records by collector Abdel Aziz Annani in Egypt, and created AMAR foundation for their preservation, digitization and archiving. AMAR now boasts more than 9,000 disks from across the region.

A first edition of the exhibition, entitled “Against Oblivion”, was held in Berlin in March 2018, with the support of AFAC and as part of the Arab European Creative Platform activities. "Orient Resonance" is the second, more comprehensive edition of this itinerant exhibition.

How does one place sound and music in space? And how can this space allow for immersion beyond its physicality? “Orient Resonance” was configured into 12 parts, composed of 12 videos that the exhibition’s co-curator Fadi Yeni Turk, a Lebanese filmmaker and member of AMAR, shot in 12 countries of the Gulf, Iraq and Algeria between 2016 and 2019, covering concerts and sacred ceremonies. In the form of a “listening cabinet”, video screens invite Mucem visitors and spectators, seated on carpets, to dive into these rare musical moments, some of which were captured just before their disappearance.

Furthermore, a mobile app was designed for the exhibition, offering an immersive sonic journey beyond the museum itself, to be enjoyed by audiences outside the physical space. This digital platform also includes an augmented radio station that presents an extensive playlist of tracks from the Arab region.

To know more about “Orient Resonance”, visit the Mucem website.