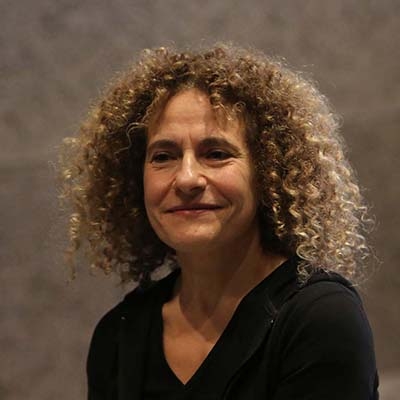 [email protected] |
Lebanon
Artist and filmmaker, born in Beirut, Lebanon, Rania Stephan graduated in Cinema Studies from Latrobe University, Australia and Paris VIII University, France. She lives and works in Beirut.    She has worked as first assistant with renowned filmmakers including Simone Bitton and Elia Suleiman as well as camera person and editor with academics in the social sciences and documentary filmmakers.  She has directed videos and creative documentaries notable for their play with genres, and the long-running investigation of memory, identity, archeology of image and the figure of the detective. Anchored in the turbulent reality of her country, her documentaries give a personal perspective to political events. She gives raw images a poetic edge, filming chance encounters with compassion and humour.     The work on archival material has also been an underlying enquiry in her art work. Approaching still and moving images like an editor – part detective, part cinephile, she traces the absence and remembrance that are originary to those images.     She has had solo exhibitions as well as group exhibitions and participated in residency programs.  Her feature film The Three Disappearances of Soad Hosni (2011) was internationally acclaimed and won numerous prizes.     Her art work is represented by Marfa’ Gallery Beirut, Lebanon.
related projects
Seeing in Between: Samar Yazbek Interviewed
• AFAC Documentary Program  • 2017  • Lebanon
The Three Disappearances of Soad Hosni
• Arab Documentary Film Program  • 2009  • Lebanon