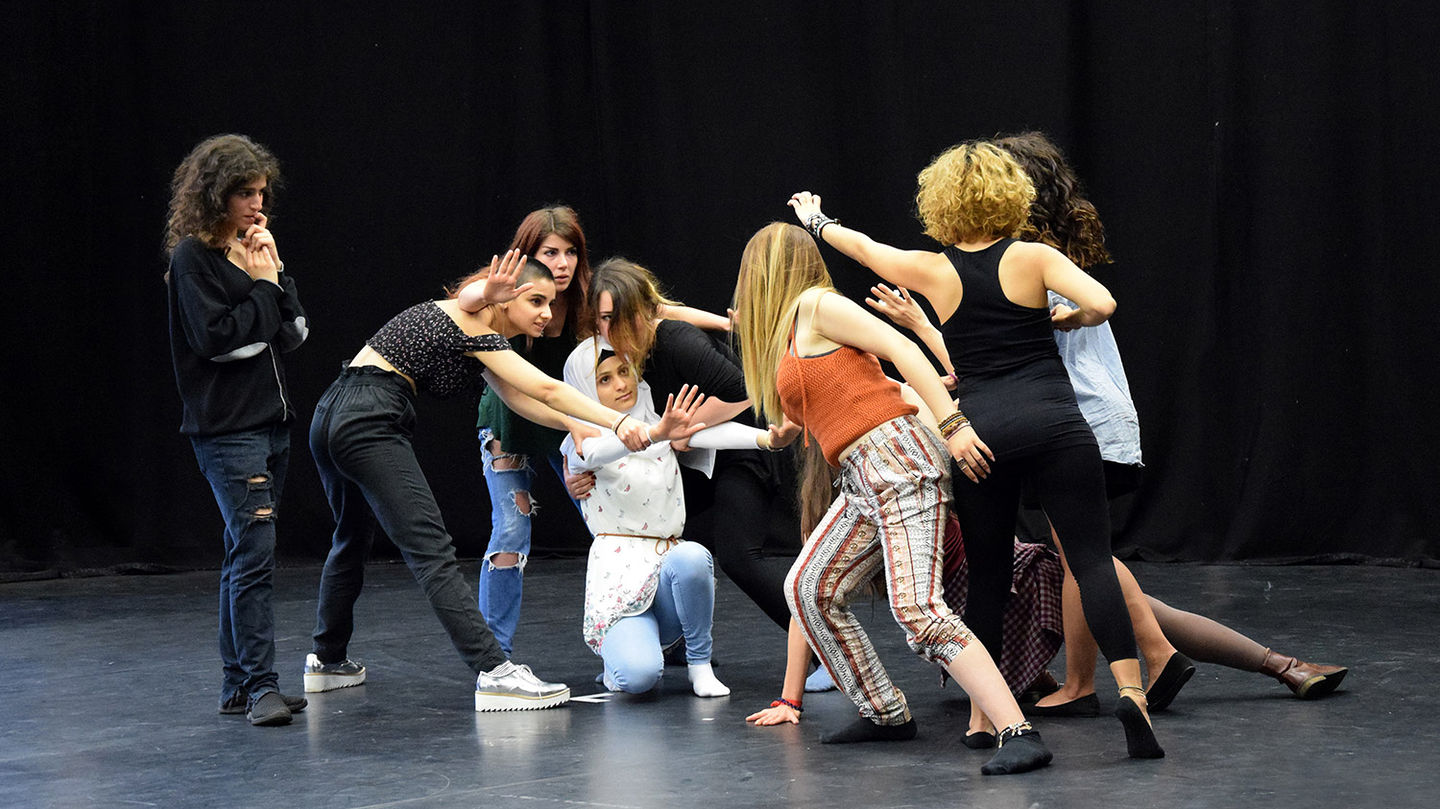 Structured in ten scenes, this original revisiting of Euripides’ classic is staged as a casting call, with ten aspiring actresses bidding for the part of Iphigenia. Abusaada and Al Attar magically blend elements, anecdotes and images from each of the young women personal stories with motifs and passages from the Euripidian text. The dramatic mise-en-abîme and the back and forth between the real, the lived, the scripted and the imagined renders Iphigenia a vivid, surprising and subversive revisiting of classic canons and contemporary archetypes. The performance presents a riveting reflection on how art records, embodies, remembers and re-enacts the tragic.

Playwright and dramaturge Mohammad al-Attar and theater director Omar Abusaada have been collaborating for a long time. In 2013, they worked with a non-professional cast of displaced Syrian women living in Jordan, on an adaptation of Euripides’ Trojan Women, where real life stories of the cast blended with motifs from the classical Greek tragedy. In 2014, Al Attar and Abusaada teamed up again and presented Antigone of Shatila in Beirut, another adaption of a Greek classic, Antigone, also working with non-professional actresses cast from communities of displaced Syrian women living in Lebanon. Iphigenia is the final piece in their antique trilogy.

The performance is 100 minutes long; in Arabic with German and English subtitles.

The piece is a co-production between the Arab Fund for Arts and Culture (AFAC) and the Volksbühne, with the support of the Kunststiftung Ingvild and Stephan Goetz, Arend and Brigitte Oetker, Charlotte von Koerber, and in cooperation with the Allianz Kulturstiftung and the Heinrich Böll Stiftung.