Revisiting Archive in the Aftermath of Revolution 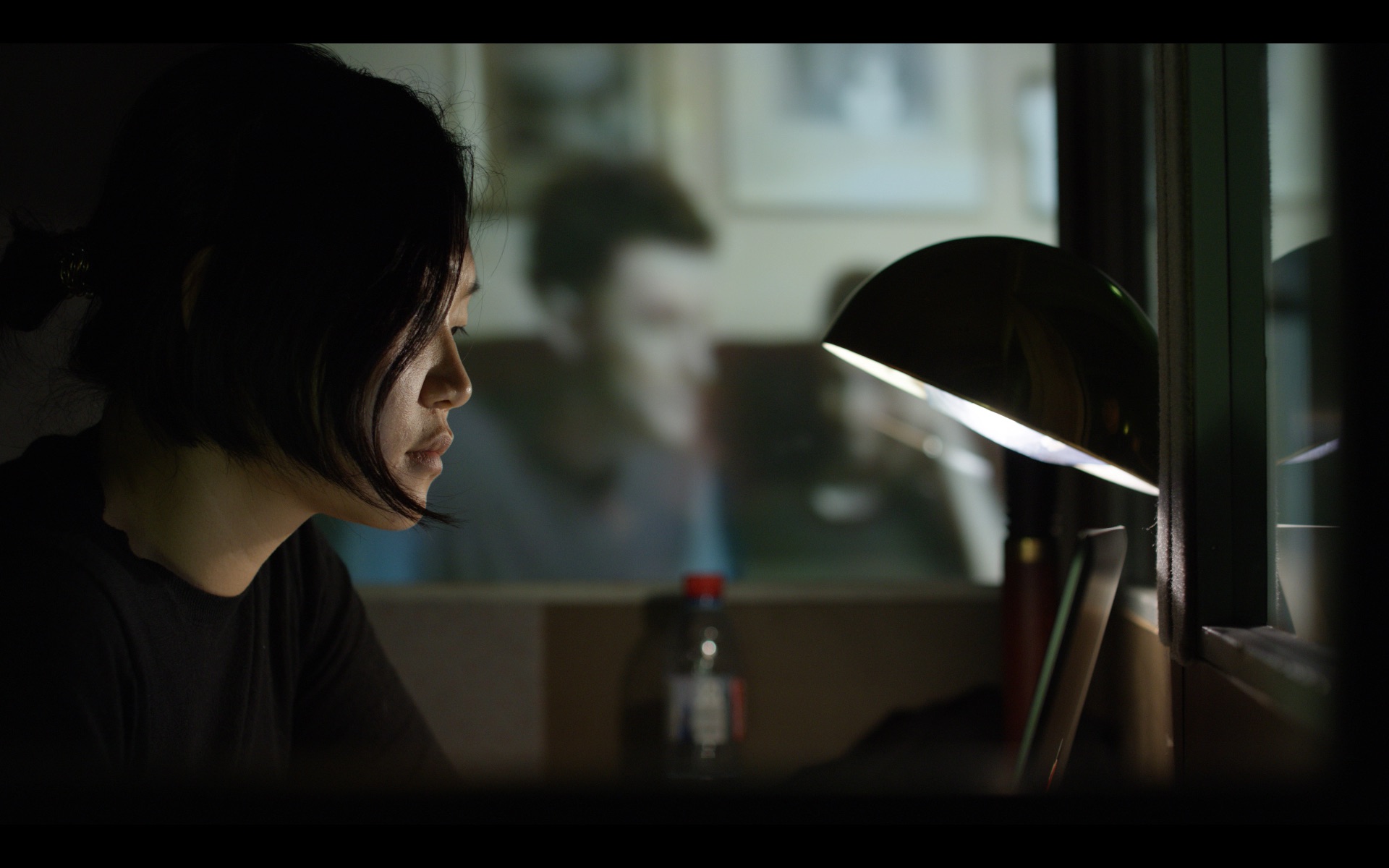 Presented by the Arab Fund for Arts and Culture (AFAC) in cooperation with the Haus der Kulturen der Welt, in association with EUME, curated by Khaled Saghieh

Archiving is not merely documenting. In the aftermath of the Arab uprisings, artists, activists and others have reverted to archives, digging through a past buried under several layers of cultural, political and psychological repression. A forum about memory, mourning, and forgotten or forbidden narratives.

Interest in archives acquired a new resonance in the Arab world after the uprisings. In documenting revolutions and their unfolding, the first impetus was to interrogate iconographic and representational languages, new functions of social media and the new role of citizen journalism. Documenting present-day disastrous realities in the aftermath of revolutions is a more complex undertaking that raises questions about memory, mourning and the formal choices artists make to capture these realities. Archiving is not merely a matter of documenting. In the aftermath of the Arab uprisings, artists, activists and others have reverted to archives, digging through a past buried under several layers of cultural, political and psychological repression. In the archives, there was a rediscovery of country, society and artistic output that resurrected forgotten or forbidden narratives. The relationship between archiving and political events is multi-faceted, as the future seems contingent on archiving the present and revisiting the past.

The artistic and intellectual practices and articulations of archiving as personal and political practice will be explored within this three-day forum. It gathers academics, writers, artists and filmmakers from the Arab world and Europe to reflect on and enact the multifold practices and approaches in lectures, discussions, a reading and screenings.

The event is free of charge and open to the public. It will be held in Arabic and English with simultaneous translation

Archive as Resistance
During the Arab uprisings, practices of archiving and digging in the past waned as documenting the present moment and the violent crackdowns became center-stage. In their aftermath, a reverse dynamic seems to be building up again, as excavation and archival practice are continuously interpreted in registers that evoke resistance.

Excavating Traditions
In the search for a repressed past or marginalized narratives in the aftermath of revolutions, new worldviews emerge, specifically in the context of upheavals.

3.15 – 4.30 pm
SESSION 3 / PANEL
Hanan Toukan - Whatever Happened to Iltizam?
Rana Issa - The Nahda and its Archives: Literature as a Critical Archival Practice in the Case of Ahmad Faris al-Shidyaq
Maissan Hassan - Memory and Feminism: Reflections on Women's Archives and Oral History in Egypt
Moderator: Georges Khalil

Archiving Horror
Documenting horror poses questions pertaining to memory, mourning and the representational language that artists use to capture the unspeakable and the real. The panel will explore the vexed relationship between the documenting and artistic practices that oscillate between the push of aesthetics and the pull of horror.

Writing Catastrophe
Writer Haytham al-Wardany conducted a creative writing workshop in the span of four months around the idea of ‘writing catastrophe’ with Arab writers and filmmakers who recently moved to Germany and are grappling with questions of loss, trauma and displacement. The performative reading will present selections of texts produced during and after the workshop.

Words Resurrected
Along with research into print media and the investigation into how past events were recorded, there is a growing interest in the mechanics of print culture as it materializes in the circulation and demise of books, libraries, newspapers and magazines. These archives are the canvas on which intellectual history and social are projected and interpreted.

Biographies and the Self
In excavating and revisiting biographies of people and places, authors will reflect on their process and the fantasies heaved onto the troubled present moment, as their own lives seep into the narrative arc of others.

Longing for Utopia
In the dystopian present, writers and artists reverted to the past as a means to re-animate and project utopian imaginaries in the present. Using old photographs, family stories, or political propaganda, the search for lost and desired utopias become sites for regenerating imaginaries.

7.00 – 7.45 pm
SESSION 4 / CONVERSATION
How to Build an Anti-Museum a conversation with Marcelo Rezende and Ruth Noack

The Arab Fund for Arts and Culture - AFAC
The Arab Fund for Arts and Culture - AFAC was established in 2007 by cultural lobbyists as an independent initiative that funds individuals and organizations in the fields of cinema, performing arts, creative and critical writings, research, documentary film, documentary photography, music, and visual arts, while facilitating cultural exchange and cooperation across the Arab world and globally. Since its inception, it has become internationally and regionally recognized, working with a range of reputable institutional partners, and has issued around 1300 grants to date with about 150 new grants every year. AFAC is registered in Switzerland with headquarters in Beirut, Lebanon.

AECP
Spearheaded by AFAC, the Arab European Creative Platform (AECP) is a pilot multi-disciplinary program of events, showcases, conferences and workshops that aims to address alarming realities in Europe, namely the growing ranks of displaced creative talents, and the rise of xenophobic and reactionary movements. Launched in 2016, the three-year program aspires to explore innovative and constructive actions, commissions and productions, because we are confident that establishing a platform that probes and explores imagination and expression, engages the creative and artistic partner communities from both Europe and the Arab world, holds keys to allaying fearful minds and hearts and shifting perceptions. The idea is to not only challenge terms of discourse and perceptions by providing a platform to Arab intellectuals and artists in Europe, but also to enable genuine contact and creative collaborations between Arab and European artists. Moreover, building on the success of AFAC’s public showcases, and responding to the difficulties Arab artists face with the circulation, visibility and dissemination of their work, the AECP is grounded in structured partnerships with European institutions and funders to co-produce and co-present each event in the proposed program. Since 2016, we have collaborated with the Allianz Foundation, Alfilm, Archive Kabinett, the Berlinale, DokLeipzig, Documenta 14, DoxBox, Freiluftkino, Eiszeit Kino, the Heinrich Böll Foundation, Humboldt Forum, Volksbühne theater, Residenztheater, and the Weissensee Kunst-Hochschule (Berlin).

Haus der Kulturen der Welt
Haus der Kulturen der Welt (HKW) creates a forum for the contemporary arts and critical debates. In the midst of profound global and planetary transformation processes, HKW re-explores artistic positions, scientific concepts, and spheres of political activity, asking: How do we grasp the present and its accelerated technological upheavals? What will tomorrow’s diversified societies look like? And what responsibilities will the arts and sciences assume in this process? HKW develops and stages a program that is unique in Europe, blending discourse, exhibitions, concerts and performances, research, education programs and publications. Its projects initiate reflection processes and devise new frames of reference. In its work, HKW understands history as a resource for alternate narratives. It enables new forms of encounter and opens up experiential spaces between art and discourse. Together with artists, academics, everyday experts, and partners across the globe, it explores ideas in the making and shares them with Berlin’s international audience and the digital public.

EUME: Europe in the Middle East—The Middle East in Europe
EUME is a research program at the Berlin-based Forum Transregionale Studien. EUME seeks to rethink key concepts and premises that link and divide Europe and the Middle East. EUME builds upon the previous work of the Working Group Modernity and Islam (1996-2006), the idea of “learning communities”, and the principle of “research with, rather than research on.” It allows for the invitation of 10 to 20 post-doctoral researchers every year, the organization of annual summer academies, workshops and regular seminars. So far more than 250 scholars have been EUME fellows.