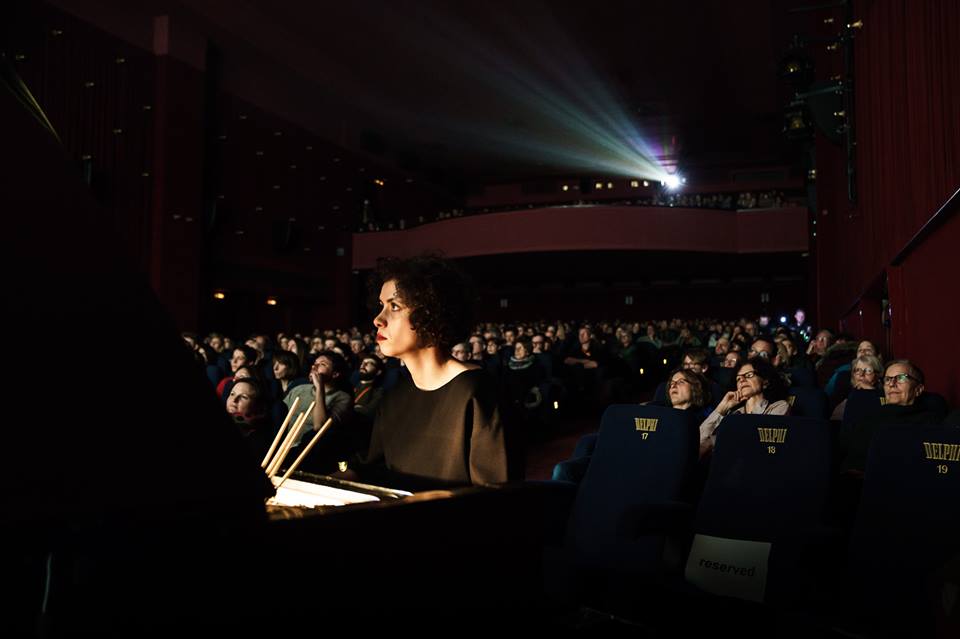 Lebanese guitarist Sharif Sehnaoui will accompany the screening of the horror comedy Le Diable au Couvent from 1899 (3 min) and L'éclipse du soleil en pleine lune from 1907 (9 min). In his improvisations, Sehnaoui explores the potential of the electric and acoustic guitar. He is co-founder of Irtijal, the oldest festival of experimental music in the Middle East and a member of various ensemble and music projects, including A Trio, Karkhana and Wormholes. In addition to his solo projects, Sehnaoui is also renowned as a composer for dance, theater and film.

Electroacoustic Iraqi musician Khyam Allami will accompany the screening of Nouvelles luttes extravagantes (1900, 2 min) and Le voyage dans la lune (1902, 16 min). Born in Damascus in 1981, the multi-instrumentalist, who describes himself as a "schizophrenic musician," is a coveted musical explorer and composer. His debut album "Resonance / Dissonance" was enthusiastically received in 2011. Allami lives in London and Beirut, where he works as a producer and sound engineer at One Hertz Studio. In 2014, he founded the independent record label Nawa Recordings.

Pianist Magda Mayas will accompany the screening of Voyage à travers l'impossible (1904, 20 min), a satire by Jules Verne about a group of scientists. In her improvisations, the Berlin-based virtuoso uses entire instruments, both inside and out, amplifying these through the integration of amplifiers and objects. Mayas, who is currently completing a doctorate on techniques, timbre and space in improvised music at the University of Gothenburg, is internationally renowned as a soloist and a member of various ensembles. She has released more than 20 recordings to date.

Lebanese bassist, Tony Elieh will accompany the screening of Méliès' fantasy film Les quatre cents farces du diable (1906, 17 min). Elieh was co-founder and member of Scrambled Eggs, one of Beirut's most prolific and talented rock bands until its dissolution in 2015. Today, he works primarily with experimental ensembles such as Karkhana and Johnny Kafta's Anti-Vegetarian Orchestra. The Beirut-based bassist has also contributed to the soundtracks of several Lebanese films.

The improvisation of buzuk player and electro-musician Abed Kobeissy, who lives in Beirut, will accompany the screening of Deux cents milles sous les mers ou Le cauchemar du pêcheur (1907, 18 min), which is based on a novel by Jules Verne. Together with the percussionist Ali Hout, Kobeissy founded the electro-acoustic duo Two or The Dragon in 2015, whose first album will be released this year. In addition, Kobeissy has composed music for films, theater productions and contemporary dance performances and is a trained musicologist who teaches history of Arabic music at the American University in Beirut.