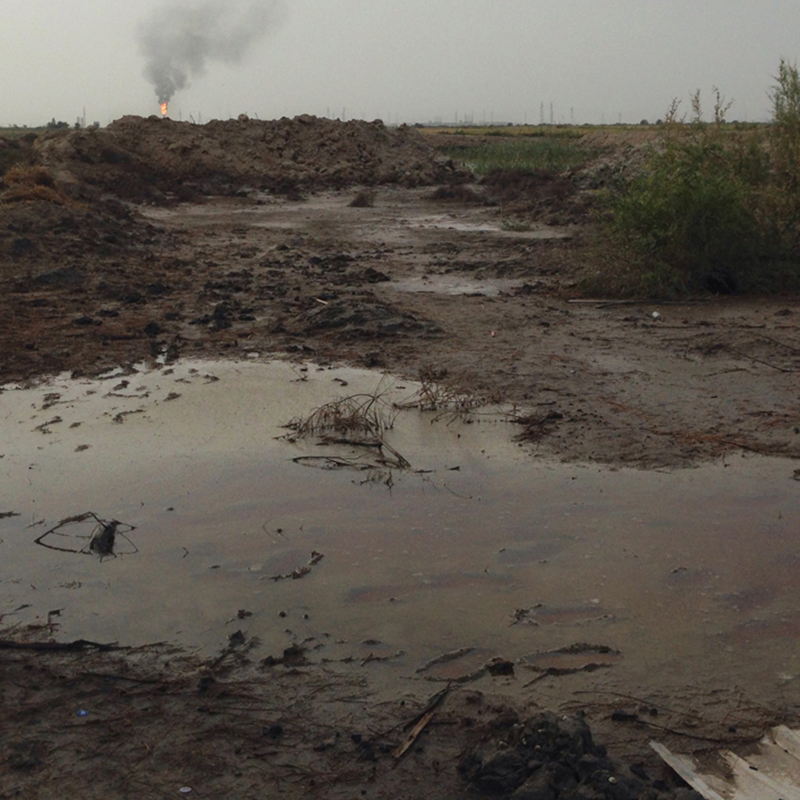 "Majnoon Field" is the first solo exhibition by Rheim Alkadhi in Europe, to be showcased at Temporary Gallery. Centre of Contemporary Art in Cologne, Germany. It seeks to draw aesthetic, intuitive, and research-based intersections to the foreground via sculptural and textual interventions that introduce the practice of the body into a conceptual field. In the specific case of the Majnoon Field (an oil field so exploitable they named it ‘insane’), the artist is interested in psychological states compromised by capitalism, the bodily violation implied by dominance of the field, legacies of war brought to bear by the mine-laced borderlands, ecocidal culpability that drained marsh areas to build Majnoon’s current center of operations, and the international attention demanded by the people’s protest in Basra against foreign policies that left the city nearly uninhabitable with waterways contaminated by oil extraction processes.