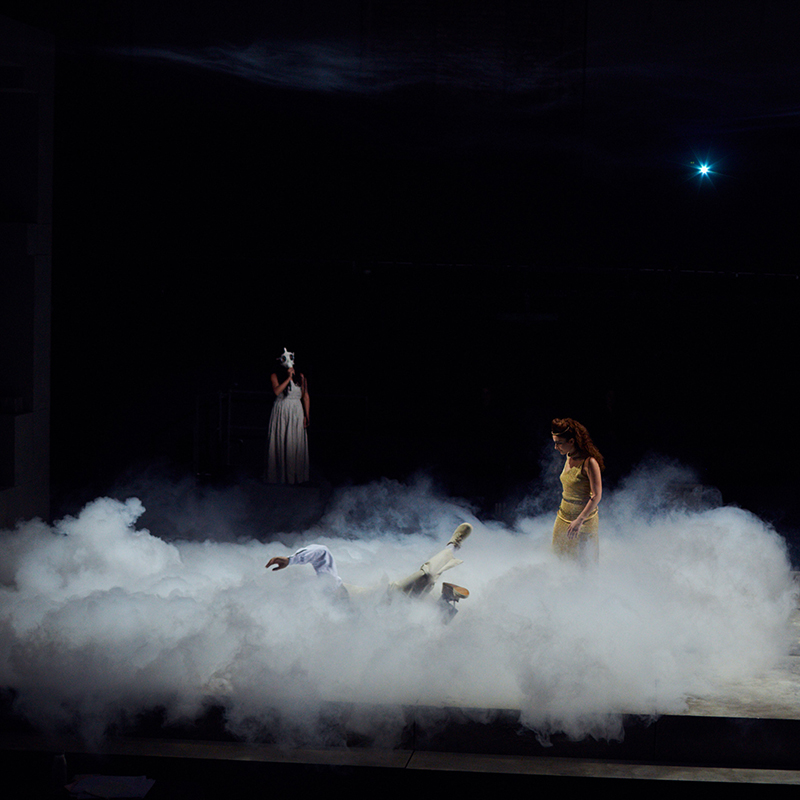 Acclaimed British-Kuwaiti playwright and stage director Sulayman Al Bassam’s latest theater production UR, a co-production between the Residenztheater, Sabab Theater and the Arab Fund for Arts and Culture (AFAC), will premiere on September 28, 2018, at the Residenztheater in Munich.

Bringing together a rich and dynamic cast of Arab and German actors, UR springs from an interpretation of the tragic story of the ancient Mesopotamian city of Ur, one of the first cities in the history of humanity, recorded on stone tablets in cuneiform signs, in one of the Sumerian languages, dating back to 2000 BC.

The play traverses time with a captivating agility. The drama moves back and forth between the eve of Ur’s destruction in 2000 BC, and the year 1903, which marks the arrival of European archaeologists to Mesopotamia, then forward again to our recent present, the year 2015, marking the brief, yet destructive passage of ISIS, to finally jump to the year 2035 with a coup de theatre in the finale. At the heart of the dramaturgy are questions of cultural memory and oblivion that transpire through the series of events and are embodied in the UR’s main role, Nin Gal, goddess daughter and governor of Ur.

The UR stage design was undertaken by French scenographer Eric Soyer, while New York-based designer and performer, Carlos J Soto, designed the costumes, seasoned British composer and performer Tom Parkinson was commissioned the music and sound design and Sebastian Huber is the dramaturge.

Sulayman Al Bassam is one of the leading Arab playwrights and stage directors. He received international recognition for his adaptation of Shakespeare’s Richard III, presented as Richard III, an Arab Tragedy, coproduced by his own company, Sabab Theater. Richard III, an Arab Tragedy toured widely in Europe, the US and Japan and earned several awards, including the Edinburgh Fringe First Award. His most recent work, Petrol Station, a tale of dystopic trans-border desert with desperate migrants, zealous warlords, opportunistic traffickers and defunct ideologies fighting for control, premiered at the Kennedy Center in the spring of 2017.

Further information on the production "UR"