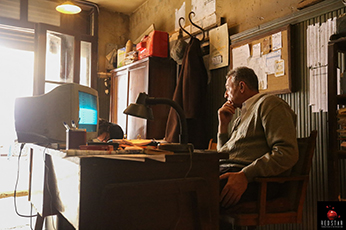 Producer: "Director: Tamer Ashry Producer: Safei Eldin Zaki Mahmoud"
Five years after the “revolution,” Photocopy attempts to capture Egypt on the brink of another revolution that is taking place inside the households of its citizens as they struggle to make sense of the changing world around them, while questioning their place in it.