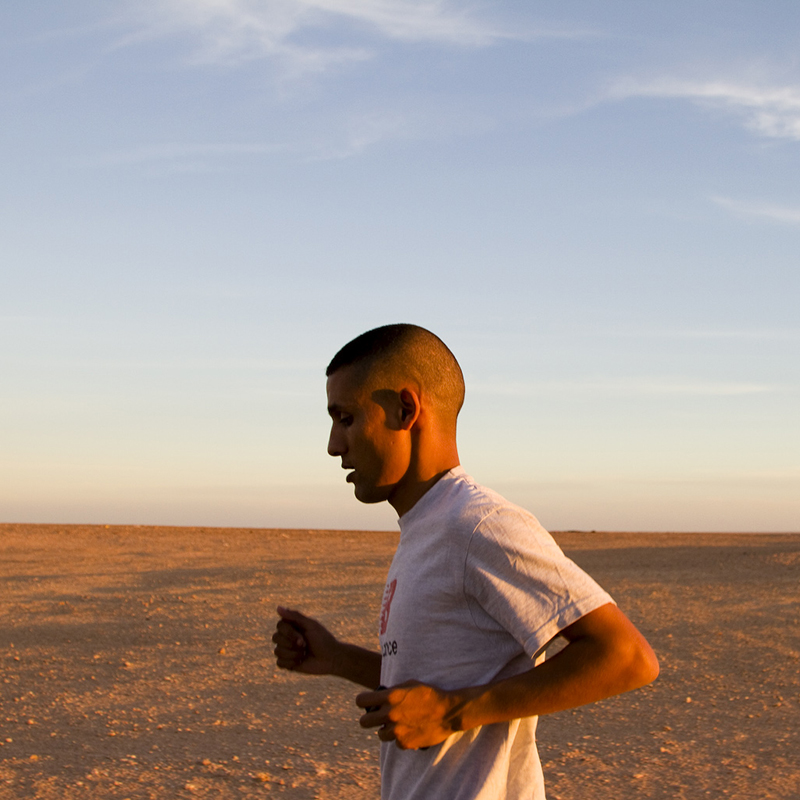 The Runner is the story of Salah Ameidan, a champion long-distance runner whose journey transformed him from an athlete to the symbol of a national liberation movement. A native of Western Sahara, Africa's last remaining colony, which has been under Moroccan occupation since 1975, Salah risked his career, his family and his life to run for a country that doesn’t exist. In 2003, he decided to take a stand. At the end of an 8km race in France, he pulled out a Sahrawi flag - illegal in Morocco and a symbol of the independence movement - and waved it across the finish line as he came in first place. Knowing he could never return home safely, he sought asylum in France and continues to train intensively, compete internationally and campaign for an independent Western Sahara. Salah has refused offers of citizenship from France and Spain, saying he will never take any nationality but that of a free Western Sahara. To this day he insists on representing the Western Sahara in competition.