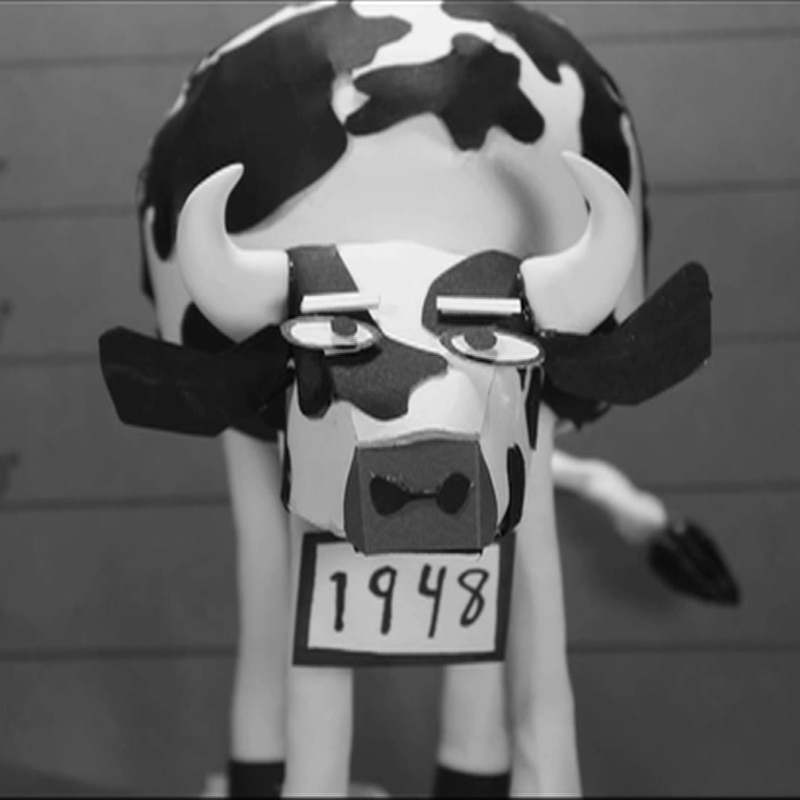 Producer: Saed Andoni
In the town of Beit Sahur, a group of men and women decide to buy cows, eighteen exactly, to produce their own milk as a cooperative. Their venture is so successful that the farm becomes a landmark and the cows, local celebrities… until the Israeli army takes note and declares the cows as a ‘threat to the national security of the state of Israel’. The dairy venture is thus forced to operate underground and the cows have to go into hiding. The Wanted 18 revisits that compelling chapter in the recent history of Palestine, from the perspective of the cows and the activists, using stop-motion animation, drawings, archival footage, and interviews. The outcome is an enchanting reflection on the ingenuity and power of grassroots activism, which underlines the wisdom that violence is a failure of the imagination.