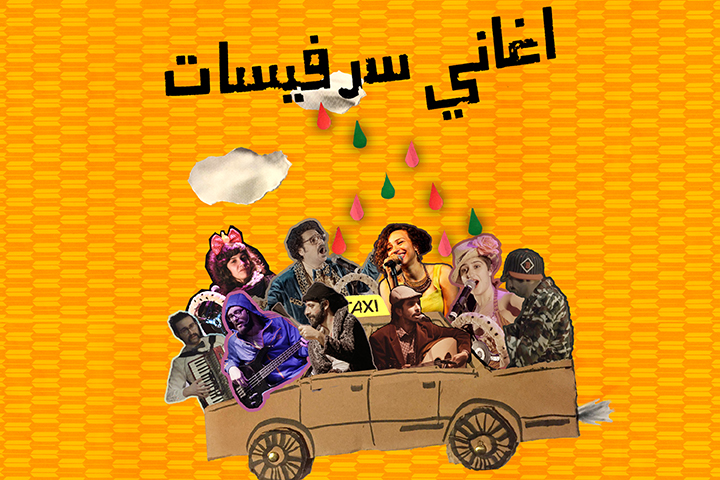 Producer: Sarah Nohra
"Taxi Songs" is a production composed of songs that recount the daily lives in a few Arab countries and in Beirut since the start of the Arab Spring until now, and especially after a number of artists have sought refuge in Beirut. The production is a live show performed in Metro Al Madina and includes a new musical repertoire. The show centers on a Taxi driver driving around the streets of Beirut and encounters Lebanese, Syrian and Egyptian characters, each with their own stories. In each story, they express a different perspective in a song with different lyrics, composition and arrangement in the style of black comedy.