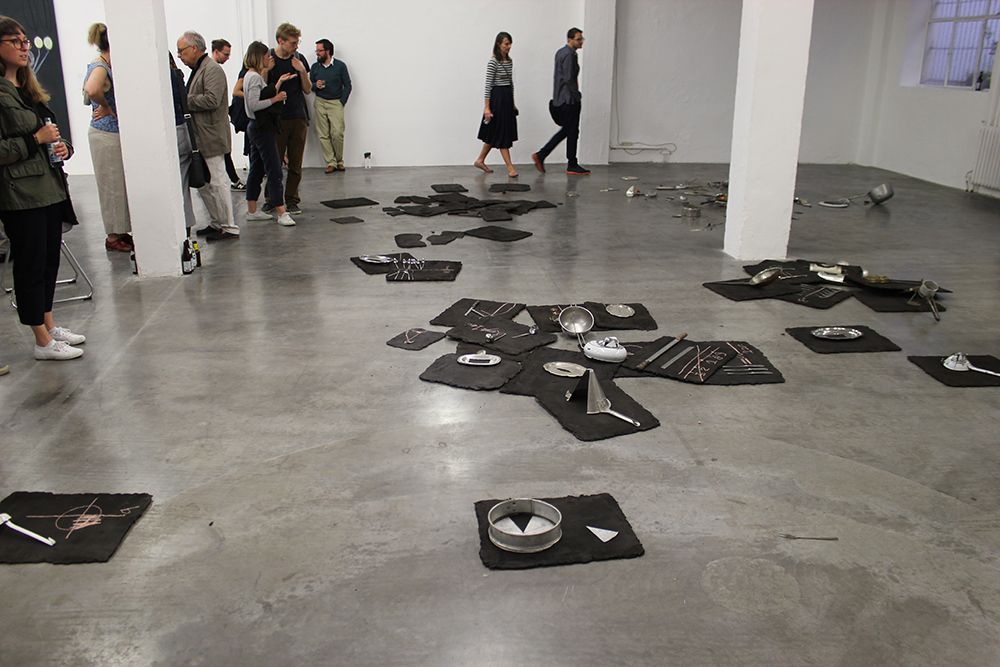 A synthetic work that tries to present an idea about people's connection with places, explosions and death, the work is inspired by a math book found by al-Ansari inside a destroyed house in the north of Syria, for the girl Nora Bezkadi, who was killed by warplanes bombing on her home. Al-Ansari used concrete blocks and sponges as an attempt to reduce the explosion, and to construct irrational mathematical equations that are formed from other materials used in everyday life, such as kitchen utensils.