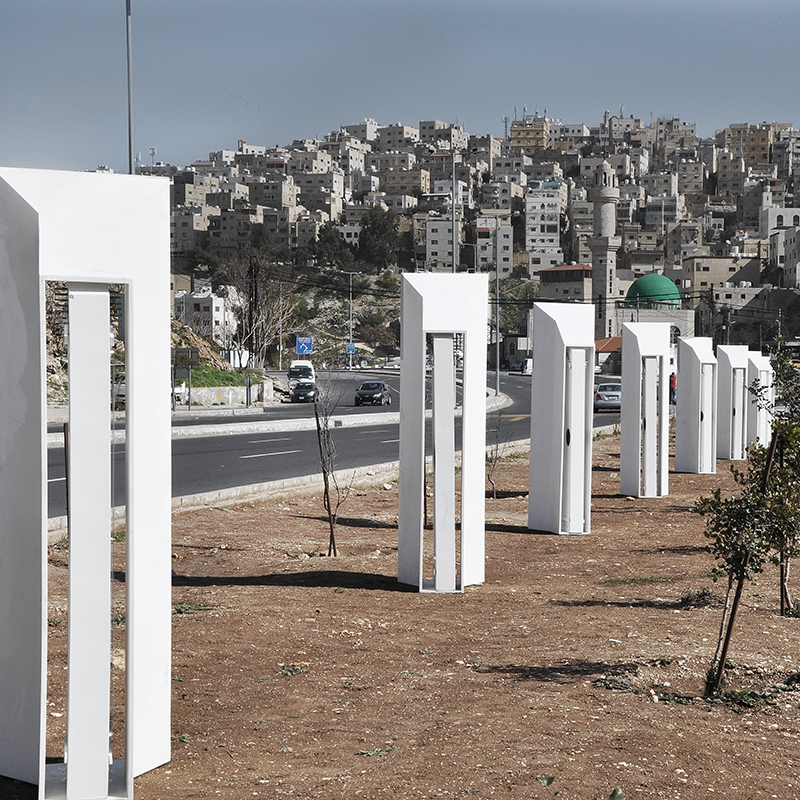 A public urban intervention, part of a larger on-going project titled "Island 861 How to disappear". A transient monument of nothingness, a spatial manifestation of urban political power, where the city betrayed its own inhabitants. The story is told in an Ammani neighborhood, representing the symbolic cleansing of a marginalized "informal" settlement.