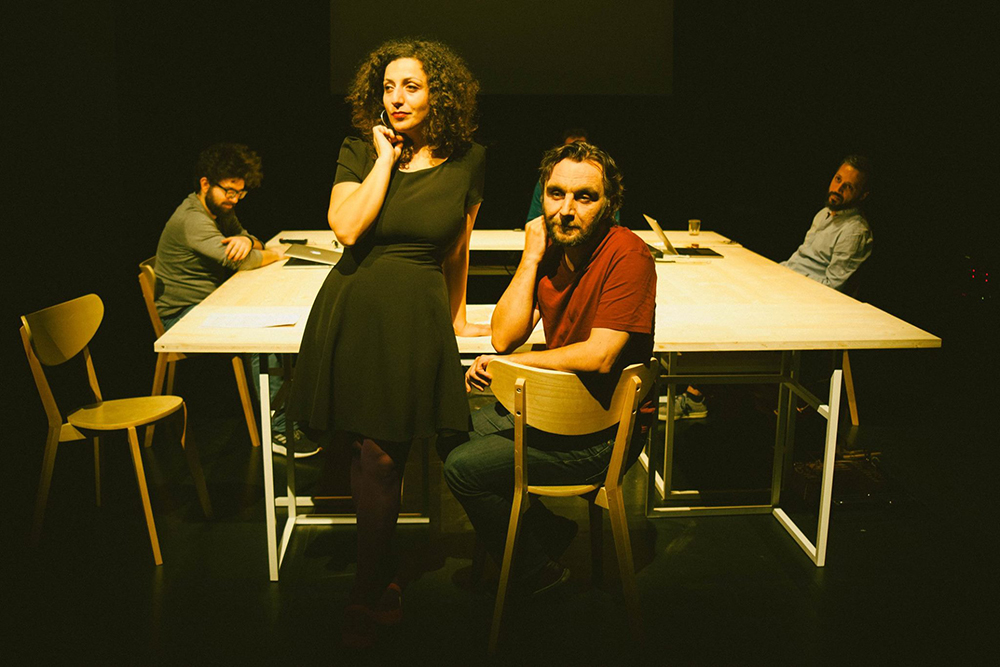 A theater project that explores the history of immigration in The Levant (Al-Mashreq) since 1915, through the history of a family, none of whose members were born and died in the same country over the course of 100 years. The performance is based on a cassette tape sent by a man in Sweden to his brother in Lebanon in 1976 at the beginning of the Lebanese Civil War. The project moves from the personal to the public and aims to rewrite a history that has been repeated for 100 years, through two perspectives: One that is reconciled with the idea of immigration, and another which experiences it in a reductive manner, as if the story takes place concurrently here and there.