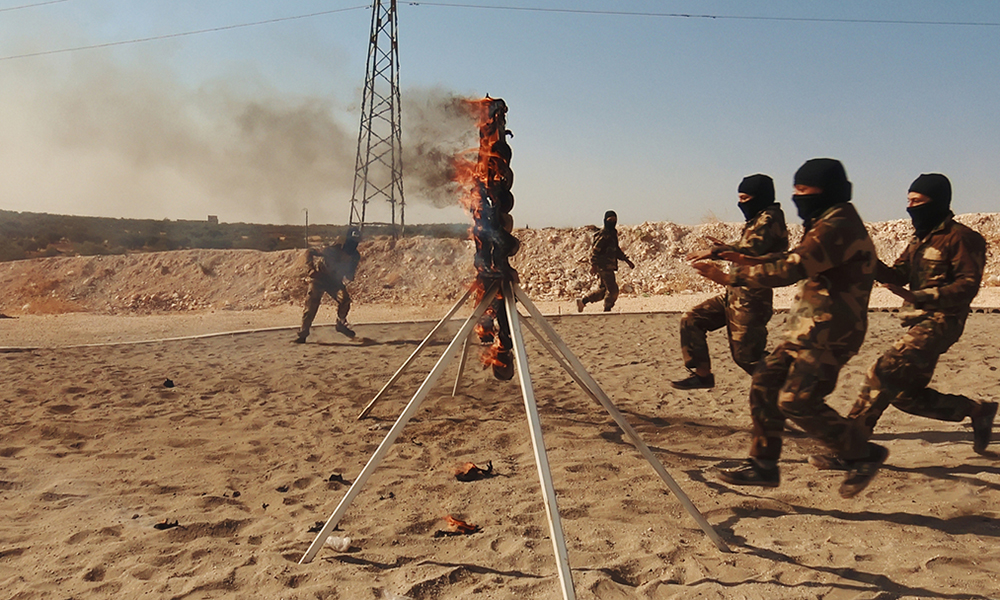 … And the Oscar nominee is: AFAC-supported “Of Fathers and Sons”

We are thrilled to share with you the fantastic news, fresh out of last week’s Academy of Motion Picture Arts and Sciences announcement: “Of Fathers and Sons”, recipient of the AFAC documentary film grant in 2015, was nominated for the Best Documentary Feature for the 91st edition of the Academy Awards. The film premiered at IDFA 2017 and was the winner of the Grand Jury Prize for World Documentary at the Sundance Film Festival.

In this eye-opening and audacious documentary, Syrian director Talal Derki returns to his homeland, gains the trust of a radical Islamist family, and shares their daily life. “Of Fathers and Sons” is a work of unparalleled intimacy that captures the chilling moment when childhood dies and jihadism is born.

Derki was also a recipient of a grant in the AFAC documentary film program for his debut feature documentary “Return to Homs”. Produced by Orwa Nyrabia and Diana El Jeiroudi of Proaction Film, the film opened the International Documentary Festival Amsterdam (IDFA) in 2013 and won the World Cinema Grand Jury Prize for documentary at the Sundance Film Festival (2014).

Congratulations to Talal Derki and the “Of Fathers and Sons” team from the AFAC family! We will be waiting eagerly for the Academy Awards night, set for February 24.