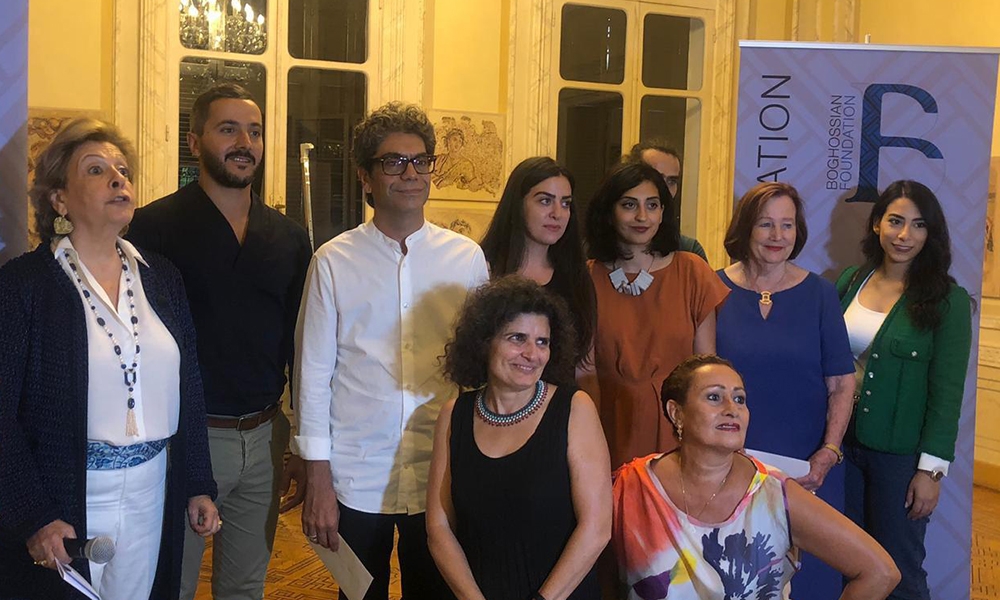 The annual Boghossian Prize - Lebanon 2019 acknowledged Roger Mokbel in the Photography category, for his project Describe the Sky to Me, which he developed within the framework of AFAC’s Arab Documentary Photography Program (ADPP) in 2018. Mokbel’s work is a deep-dive underneath the alien structure of the Yerevan highway bridge in the densely populated area of Bourj Hammoud in Beirut, shedding light on a population that is already suffering from social injustices.

The ceremony which was held on September 18th at Villa Audi in Beirut, also celebrated two AFAC-supported films, “Beirut Hold’em” by Michel Kammoun and “A Long Breath” by Remi Itani. The former traces the life of Ziko, a 40-year-old ex-convict gambler in a lower-middle class neighborhood of Beirut, while the latter illustrates the Tripoli neighborhood of Bab el Tebbaneh. Both directors received the “Cinema: Coup de Coeur” prize, awarded by Boghossian Foundation in partnership with Fondation Liban Cinéma, to support the distribution of Lebanese films abroad or in Lebanon.

Other awards handed out by Mary Boghossian Salamé, Director of the Boghossian Foundation in Lebanon, went to artist Johnny Semaan in the Painting category and Joan Baz in the Illustration category.

The “Littérature Jeunesse” prize, offered by the Boghossian Foundation in partnership with Assabil association, was awarded to writer Mays Dagher and illustrator Leina Merhej, for their work “Al-Oustoura” (The Legend), published by Dar el-Hadaeq.

All laureates will receive an artist residency at the Villa Empain of Brussels, Belgium.

The Boghossian Foundation Prize – Lebanon is awarded annually in Beirut since the 2012.