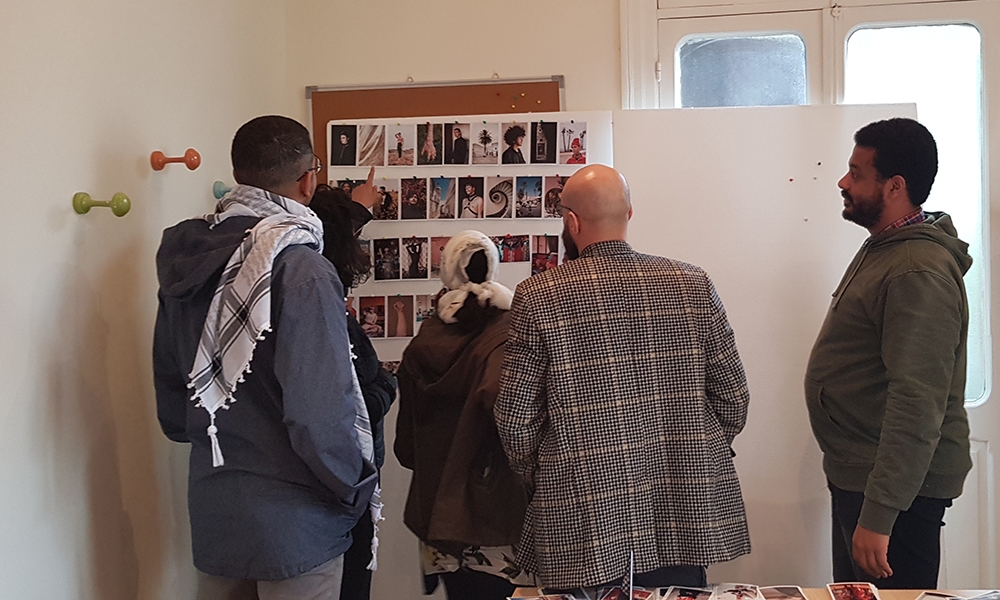 We spend thousands of hours in our lifetime listening to stories. Yet stories need not be written or told to be impactful; visual and immersive storytelling have taken an increasingly important role in the sharing of human stories. More specifically, framing life’s untold stories has resided at the core of the Arab Documentary Photography Program’s mission. The program, founded by AFAC in 2014 in partnership with Magnum Foundation and the Prince Claus Fund, has since then released the compelling visual narratives of 50 documentary photographers from 16 countries of the Arab region.

Most recently, the Arab Documentary Photography Program’s latest group of seven selected photographers have finalized their respective visual stories, which are now on view on the ADPP website. The projects range from intimate personal narratives to conceptual reportages, touching upon a variety of topics such as climate change, exile, sexual identity and religious education. While the intention of these photographers and visual artists is not to provide us with answers, what they do achieve through their work is to help frame the right questions.

The youngest photographer of this year’s ADPP participants, Elwely Vall from Mauritania embarks on a mission with his camera to change humanity's view of the future and the impact of climate change which he depicts in his project titled In the Light of Change. Algerian photographer Abdo Shanan questions the idea of nationality in Dry, revealing arresting images that purposefully generate unease and unrest on the viewer’s side. Moroccan photographer M’hammed Kilito’s project Among You represents a reflection on the choice of a personal identity for Moroccan youth based on a selection of powerful portraits of young people who take their destinies into their own hands. Another identity quest is undertaken by Yemeni photographer Shaima Al Tamimi, whose project, As if We Never Came, is inspired by her family's journey and her personal struggle to understand the identity complexities of the Yemeni diaspora, punctuated by travels and immigration. Through Those Who Dance on the Staircase, Syrian photographer Nadine Koudsi explores the different dimensions of nostalgia among Syrians currently living in Lebanon, and the complexities of the return ‘home’, which, in Nadine’s case, comes to document a real struggle. Lebanese photographer Roger Mokbel’s project, Describe the Sky to Me, which aims to highlight the dysfunctional urban planning in Lebanon through the struggle of the population under the Yerevan bridge in the densely populated Bourj Hammoud area. The seventh and last project, Letters to Moses by Egyptian photographer Ravy Shaker, reflects an ongoing discussion between Ravy and his wife regarding the kind of education to choose for their son Musa (Moses), more particularly the dilemma they are facing between Islamic education at Al Azhar- where both Ravy and his wife graduated- and a secular education. Through his project, Ravy calls on the public to send him their letters in favor of one type of education or the other.

The seven photographers had the opportunity to document complex stories while adding a layer of their own identity to their work, thereby reinforcing the purpose of the ADPP in highlighting untold stories, and proposing alternative narratives and approaches to prevalent discourses and stereotypes.