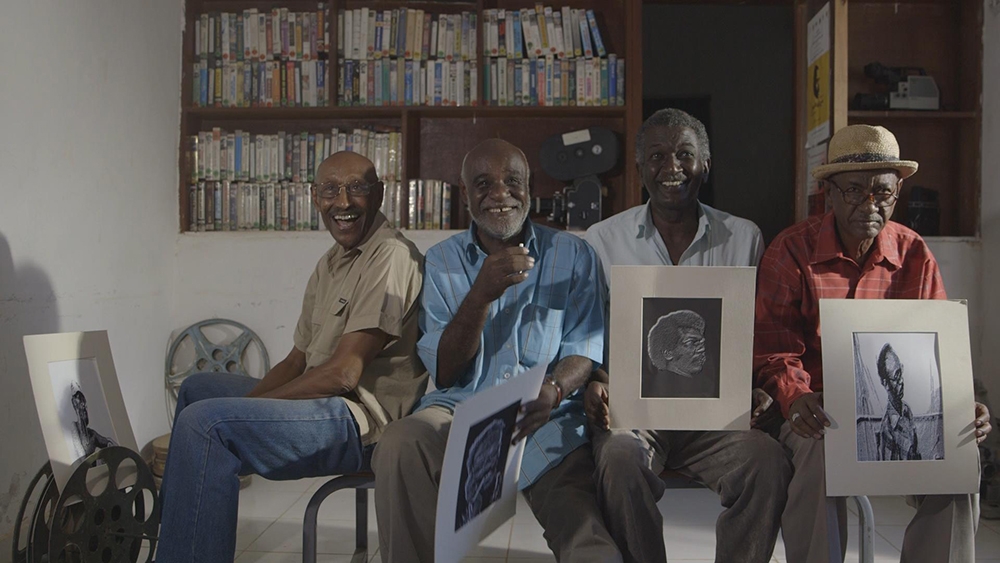 The 69th Berlinale Jury has voted; the public has cast its votes: “Talking About Trees”, the first feature film by young Sudanese filmmaker Suhaib Gasmelbari, takes home the The Glashütte Original – Documentary Award as well as the Panorama Audience Award for best documentary.

The film narrates the heroic adventure of Ibrahim, Manar, Soliman and Eltayeb, four filmmakers and close friends for more than half a century, who aspire to bring films back to Sudan by rebuilding an abandoned cinema.

“The film that the Jury has chosen to award is a magnificent expression of cinema as art, cinema as a powerful tool of resistance, and cinema as a universal language”, declared the jury at the Berlinale Awards ceremony last Saturday February 16 in Berlin. On his part, Suhaib Gasmelbari stated, upon receiving the The Glashütte Original – Documentary Award: “I would like to address a solidarity message for the Sudanese people fighting for freedom today.”

The Glashütte Original – Documentary Award was established in 2017 to acknowledge the power of documentary film around the world. The first award in 2017 was won by Raed Andoni for his AFAC-supported film “Ghost Hunting”.

This year Panorama presented 45 feature-length films from 38 countries, of which 15 screened in the Panorama Dokumente series, while 18 documentaries competed for the The Glashütte Original – Documentary Award.

On the sidelines of the Festival, another AFAC-supported documentary, “Abo Zaabal 1989” by Egyptian director Bassam Mortada, won the Robert Bosch Prize.

View the full list of winners at Berlinale this year