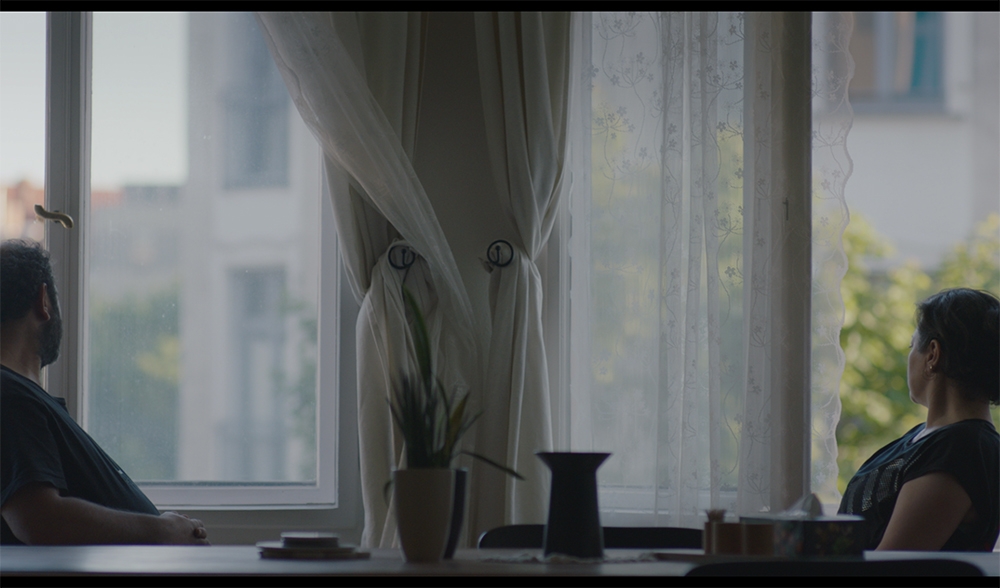 Syrian documentary filmmaker Diana El Jeiroudi’s film “Republic of Silence” will partake in the Out of Competition section of the festival. The film is a first-person narrative that traces the journeys of a filmmaker and her partner, friends and their families, as revolutionaries in their home country, as exiles in Europe, as activists, as filmmakers, as lovers, and as listeners.

Competing in the Orizzonti section, is Lebanese director Mounia Akl’s “Costa Brava” that narrates the story of the free-spirited Badri family who escaped the toxic pollution of Beirut by seeking refuge in the utopic self-sustainable mountain home they have built. However, a garbage landfill is unexpectedly set up outside their fence. As the trash rises, so do tensions between leaving or resisting, threatening their idyllic home and family unity.

Another film selected in Orizzonti is “Don’t Get Too Comfortable” by Yemeni artist Shaima Al-Tamimi. The film is based on Al-Tamimi’s”Arab Documentary Photography Program project “As If We Never Came” that was supported by AFAC. It is a personal project about Al-Tamimi’s family.

In addition, the 9th edition of the Venice Final Cut features two AFAC-supported works-in-progress: “Hanging Gardens” by Ahmed Yassin Al Daradji (Iraq) and “The Mother of All Lies” by Asmae El Moudir (Morocco).

Two other Arab films are taking part in the Orizzonti section of the festival, namely “Amira” by Egyptian filmmaker Mohamed Diab, and “Descente (4AM)” by French-Moroccan director Mehdi Fikri.

Premiering in the Giornate Degli Autori (Directors’ Fortnight) section on the sidelines of the festival, is “Al Gharib” by Syrian director Ameer Fakhreddine.

For more about the films and the full program, refer to the Venice Film Festival or La Biennale Di Venezia website.