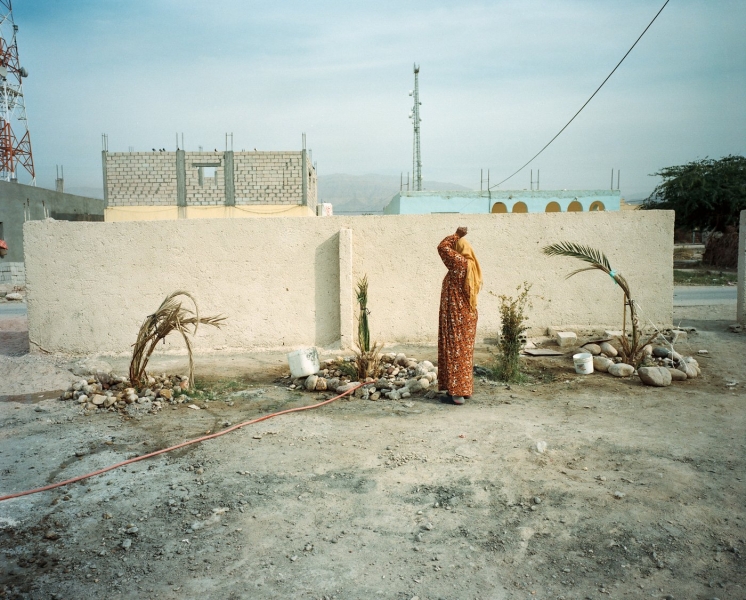 AFAC joins forces with Gulf Photo Plus (GPP) and Alserkal Avenue to showcase compelling projects from the Arab world at the headline exhibition of the 15th edition of GPP Photo Week in Dubai this February, in association with the Prince Claus Fund and Magnum Foundation.

Entitled “The Shortest Distance Between Us: Stories from the Arab Documentary Photography Program”, the headline exhibition will feature 7 photographers from AFAC’s Arab Documentary Photography Program (ADPP), curated by ADPP’s coordinator Jessica Murray of Al-liquindoi. Lebanese photographer Elsie El Haddad will present Stranded: On Life After Imprisonment , which follows men and women through their reentry into society after time in prison in Lebanon. For his part, Moroccan Hicham Gardaf explores urban development in Morocco and its subsequent transformations on Moroccan society and identity in Intersections. Infertile Crescent , by Jordanian photographer Nadia Bseiso, follows a controversial pipeline that transports water from the Red Sea to the Dead Sea, exploring the effects of war and ecological turmoil in the once-fertile crescent of Mesopotamia. Storytelling at its best is embodied in Live, Love, Refugee by Syrian photographer Omar Imam, as he puts the power into his subjects’ hands, asking Syrian refugees themselves to recreate and compose scenes of their dreams. Tunisian photographer Zied Ben Romdhane explores the phosphate mining villages of Tunisia in West of Life , while Egyptian photographer Mohamed Mahdy reveals, in Moon Dust- a project from Wadi El Qamar (Valley of the Moon) in Alexandria (Egypt)- the impact of toxic dust from a cement factory on its surrounding residential neighborhood. Finally, Egyptian photographer Heba Khalifa presents in Homemade a sobering and honest examination of having a female body and all the accompanying expectations and forms of abuse that one can endure as a result of one’s femaleness in Egyptian society.

Working across a range of experimental styles of visual storytelling, these documentary photography projects of the ADPP program allow the viewer to experience issues affecting the Arab region without the tropes that so often dilute stories into statistics and visual repetition. While the intention of these photographers and visual artists is not to provide us with answers, what they do achieve through their work is to help us frame the right questions.

ADPP is a program that provides support and mentorship to photographers from across the Arab region. AFAC established the ADPP in partnership with Magnum Foundation and the Prince Claus Fund to stimulate compelling works by Arab photographers.

Commenting on the exhibition, Mohamed Somji, Director of Gulf Photo Plus, stated that "bringing the ADPP photographers and their work to Dubai for an exhibition in Alserkal Avenue actually represents a profound shift in the photography world in the UAE. This work demonstrates the potential of photography not as an image-making tool, but as a powerful language to tell the many nuanced stories coming from our region, and gives all photographers something to aspire to."

“The Shortest Distance Between Us: Stories from the Arab Documentary Photography Program” will open on February 4, 2019 at 7:30pm in Alserkal Avenue’s space in Dubai, “Concrete”, and will run until February 9.

The exhibition, running concurrently with GPP Photo Week, will be supported by artist talks and an edition of GPP Slidefest on February 5 featuring additional recipients from the past 4 years of the ADPP, allowing audience members to experience a wider array of documentary projects from the Arab region.

Below is the detailed program of talks and activities: