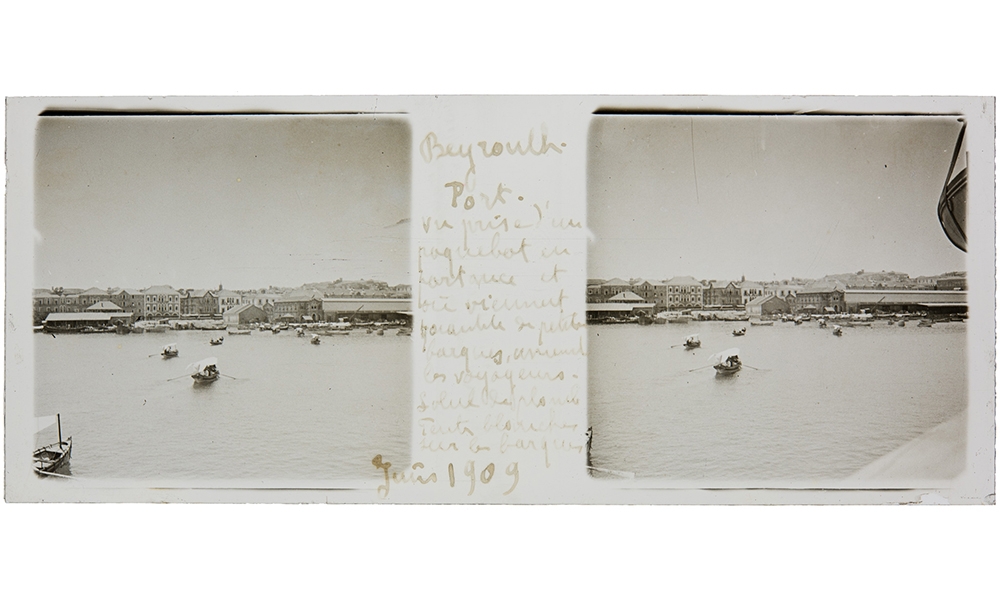 View of the port of Beirut, photographed by Dr. Eugène Cottard in June 1909, courtesy of the Arab Image Foundation
Lebanon Solidarity Fund Grants Support to 43 Institutions and Spaces
29 Apr 2021

The Arab Fund for Arts and Culture – AFAC and Culture Resource (Al-Mawred Al-Thaqafy) are pleased to announce the selection of 43 cultural institutions and spaces which will benefit from their joint support initiative, the Lebanon Solidarity Fund.

The two regional funding bodies had embarked on their first collaboration in May 2020 to support arts and culture structures in Lebanon during times of unprecedented national economic collapse, further exacerbated by the global COVID-19 pandemic. The first partnership resulted in the support of 23 arts and culture structures across Lebanon. Since then, Lebanon witnessed the devastating explosion at the port of Beirut and the economic challenges have continued to amplify. As such, AFAC and Culture Resource built on their first collaboration, creating a solidarity scheme that addresses the impact of the blast and the escalating economic crisis.

Having extended a first round of support to 208 individuals affected by the blast, this second round of the Lebanon Solidarity Fund aims to assist arts and culture institutions and spaces across Lebanon. It responds to their urgent needs as well as their mid-to-long-term requirements for viability. The Fund was launched via an open call for proposals that opened on January 15, and closed on February 19, 2021, with 98 applications received. This solidarity scheme covers one or a combination of two areas of support: reconstruction and repairs, institutional support, and/or programmatic support.

The Lebanon Solidarity Fund jury committee brought together writer and educator Rayya Badran, post-production specialist and film producer Mahmoud Korek, and artist and cultural worker Nesrine Khodr. During the jury meeting, held over three days, the jurors deliberated extensively on the applications, employing a range of criteria pertaining to the public value of the applicants, their contributions in the artistic and cultural spheres, the challenges and their visions to overcome them, as well as their human resources and financial management. Commenting on the applications and on the selection of the 43 institutions and spaces to receive support, the jurors issued the following statement:
“Our mission as a selection committee for the Lebanon Solidarity Fund bore a number of core concerns on how best to approach this delicate undertaking. Indeed, every single arts and culture institution or space among these applications was in need of support in the face of the current multiple challenges. Our evaluation of the applications subsequently focused on the diversity of proposals as well as their connectedness with both their immediate communities and the public sphere.
Throughout our evaluation process, a number of applications from commercial entities and art schools came to our attention, which indicates the extent of our economy’s collapse, and highlights the necessity of these organizations, whether for- or non-profit, to foster and preserve the vitality of cultural production. In this regard, the committee wishes to emphasize that the results of their deliberations do not reflect an evaluation of the institutions, nor their work, history, or cultural influence. Rather, these resulted from the interaction between the obstacles imposed by the current situation on the one hand, and the projects presented as well as the entities’ ability to devise innovative ways to sustain on the other.
In this framework, the committee commends the capacity of many of these entities, whether emerging or established, to formulate clear visions towards their confrontation of the dire situation at hand, and their clear intent on continuity, whether by questioning their previous modes of production, shifting to new ones, or by seeking to achieve local partnerships and collaborations, thereby placing cultural activity at the center of the movement confronting the collapse and its makers.”

Out of the 43 selected institutions and spaces, twelve had previously benefited from the Solidarity Fund for Arts and Culture Structures in Lebanon, and seven applied with a collaborative project. Eleven of the selected grantees of this round are based outside Greater Beirut, with five active in Tripoli, two in the Bekaa, and four in Mount Lebanon.

The institutions and spaces selected by the jurors: