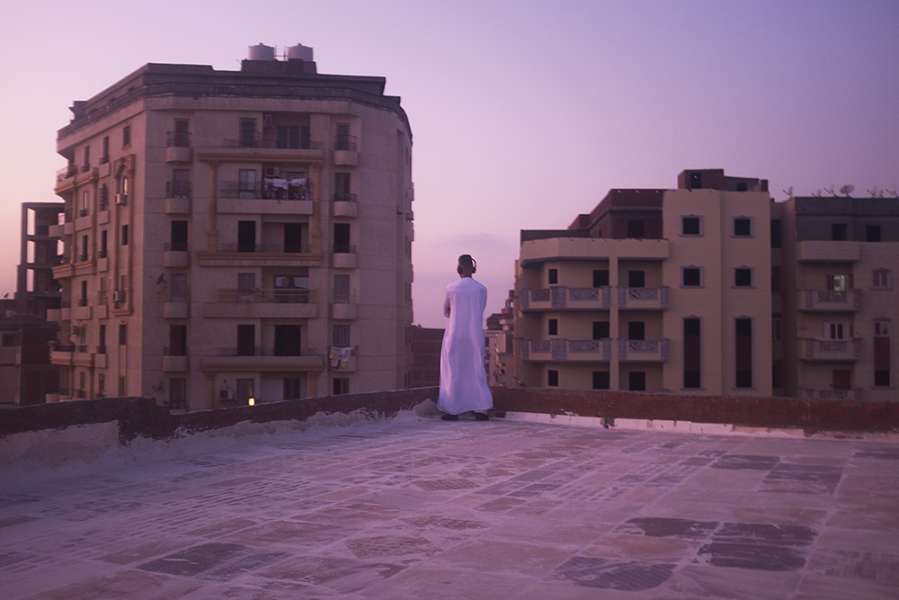 The Arab Fund for Arts and Culture – AFAC, the Prince Claus Fund and Magnum Foundation have the great pleasure to announce the release of the Arab Documentary Photography Program - ADPP’s new bilingual (Arabic-English) website, featuring the rich body of close to 60 ADPP photo projects since the program’s launch in 2014. The new ADPP website presents a special highlight on the program’s sixth cohort (2019-2020) of aspiring documentary photographers who recently completed their works capturing burning actualities.

In her photo project “I Was Younger Yesterday”, Yemeni photographer Thana Faroq looks at the lives in limbo of asylum seekers whose refugee statuses were denied by The Netherlands, and are fighting the threat of deportation, stuck in a never-ending waiting mode. “A Permanent Wound”, by Egyptian photographer and visual artist Somaya Abdelrahman, is a personal documentary journey addressing the subject of female genital mutilation in Egypt and beyond. Herself a survivor, Somaya explores the myths and misconceptions that justify the continuation of this ritual despite its criminalization through a law enactment in 2008. Sudanese visual storyteller Salih Basheer’s social photo story “The Home Seekers” reflects the lack of belonging felt by Sudanese refugees in Cairo, and the racial discrimination they experience every day in public places, in public transportation or walking down the streets. Research-based visual artist and photographer Mohammed Alkouh questions the rampant urban development of the past decades in Kuwait through his project “Failaka is a Beautiful Island”, realizing with time that Failaka Island was a metaphor of a generational trauma – a trauma that was passed from his mother’s generation to his own. “I Have Been Here Before”, by Egyptian photographer and visual storyteller Dania Hany, is a personal narrative that leads the viewer on an exploration of Dania’s family roots. Another personal narrative from Egypt, “Margined in a Supposed Green” by Fathi Hawas is a huis clos representation of his own experience, producing music along with other youths in the peripheral town of Kafr El Dawar. Staying within the personal realm, “De l’air” by Lola Khalfa from Algeria offers the interpretations of a little girl, from snippets of memory, attempting to understand the path and choices of her family, thereby weaving a story of family, history and gender. Bahraini photographer Mariam Alarab draws an intimate portrait of her country in “But Hope is Born from the Suffering Womb”, while Lebanese documentary photographer Manu Ferneini’s project “A Bigger Room” portrays the symbolic – rather than physical – aspect of violence faced by migrant domestic workers in Lebanon, particularly in the realm of the private.

The ADPP is an initiative that provides support and mentorship to photographers from across the Arab region. AFAC and the Prince Claus Fund, in partnership with Magnum Foundation, established the ADPP in 2014 to stimulate compelling work by Arab photographers working across a range of experimental styles of storytelling. The ADPP has embarked on its 7th cycle in 2020 with a new group of 11 documentary photographers from 6 Arab countries.

Discover the gripping work of the above-mentioned projects and more on the new ADPP website.