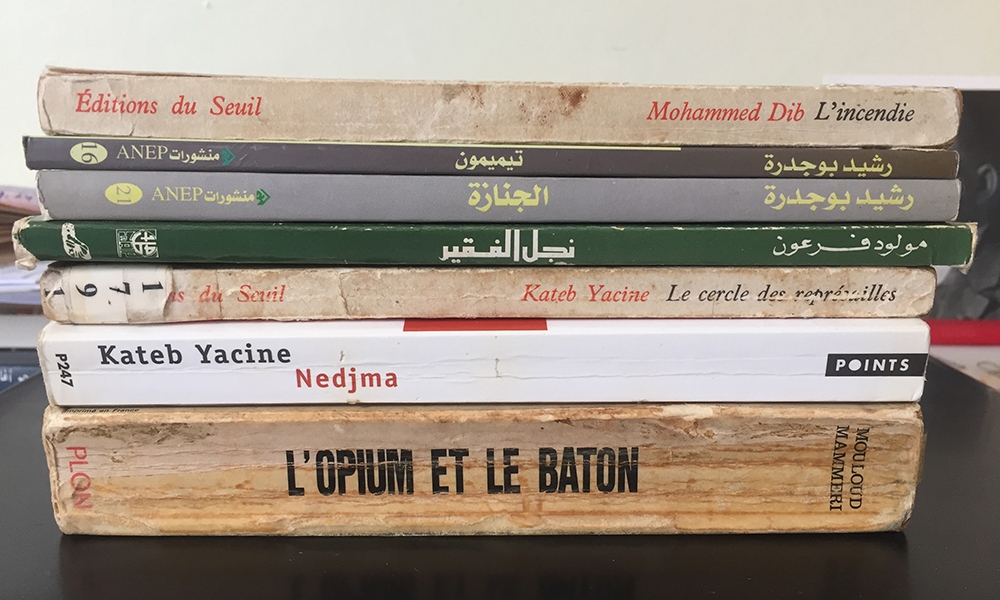 The Arab Fund for Arts and Culture – AFAC is pleased to announce the 23 recipients of its Creative and Critical Writings (CCW) grants program, embarking on its third year. The 23 winning projects from 9 Arab countries (Algeria, Egypt, Iraq, Lebanon, Morocco, Oman, Palestine, Syria, and Tunisia) will be bringing forward ambitious and imaginative experiences to audiences of the Arab region and beyond in the year to come.

The Creative and Critical Writings call for applications opened from February 1 to May 1, 2020. AFAC received 267 applications, thereby registering a significant spike as compared to 2019 (164 applications), mainly due to a marked increase in applications received from Egypt (125 applications, representing 47% of the total pool). Fourteen Arab countries, in addition to three non-Arab countries, were represented in the pool of applicants for this cycle.

The submitted projects covered a rich variety of genres: short stories (22%), critical books (22%), poetry (14%), children and youth literature (10%), theatrical writings (6%), digital platforms (4%), comic books (3%), in addition to podcast and translation projects (1%). Gender distribution of applicants was as follows: 63% male, 31% female, and 6% institutions, with 45% of all applicants submitting their first project.

Relevance to the social and political situation in the Arab region transpired in most of the submitted applications. The topics addressed ranged from identity and the self, death and survival, women and marginalized categories rights, to wars and refugee issues and challenges, heritage and popular cultures.

Following AFAC’s administrative check of the pool of applications received, 174 applications were submitted to the readers’ committee, composed of Chokri Mabkhout, Zeina Halabi, Nael Eltoukhy and Sinan Antoun, for a first round of selection. 101 applications were subsequently shared with the jury committee for final evaluation and selection. The 2020 CCW jury committee was composed of Egyptian writer and translator Haytham el-Wardany, Iraqi writer and poet Manal el Sheikh, and Syrian writer and translator Thaer Deeb, who convened virtually over two days on July 27 and 28, and selected the 23 projects. The jury issued the following jury statement following the deliberations:

“The unprecedented circumstances that the world is currently going through due to the Covid-19 pandemic and its negative impact on cultural activity, and despite the interruption of usual direct communication, the jury committee was honored to evaluate the applications submitted this year for the Creative and Critical Writings grant. These applications reflected to a great extent the current intellectual climate as well as the political and social changes that the region is witnessing. The jury committee attempted, in its selection, to take an objective side in supporting engagement with timely matters, and supporting experimentation as well as innovation in proposals that were characterized with maturity, while giving the chance to as many diverse proposals as possible.
The committee received 101 applications, a good portion of which were critical books on literature and the arts, and projects consisting of collections of short stories. Other genres such as poetry, comics, theater and children’s literature were also markedly present.
The committee was pleased to note a strong presence of critical projects that sought to scrutinize multiple social areas, and re-think the determinants that govern these, including the area of cultural practice itself. Many of these projects reveal the fruit of social activism in the Arab region through the past decade. The committee also picked out works that question memory, and seek to expand it and expand its intricacies, whether through personalities who played important roles in the cultural or social sector, thereby attempting to engage with questions of the present and activating its historical dimensions, or through the activation of imagination, and bringing back the past through the power of the metaphor. Moreover, there were works with a clear and innovative feminist tendency, that reflect boldness, maturity and objectivity in addressing issues related to this aspect, especially among youths, which indicates a notable qualitative progress in the writing scene. Furthermore, other works took on a clear scholarly nature, with careful consideration to finding a form for its research outputs. They indeed strived to create innovative and literary forms for these outputs, seeking an independent space for these in between the literary and scholarly, which relied on the activation of more than one writing genre in its body.
The committee also sought to provide mature innovative proposals, especially in the categories of short stories and poetry, with the necessary support for these projects to continue the processes of writing and publication. Moreover, the committee supported exciting forms of comics and children’s literature, and praised the quality of many of them at the intellectual and artistic levels. The committee stressed on the importance of supporting other projects as well, which seek to create innovative ways to deal with archives and the reading of history.
The members of the jury committee could not select all the quality projects that caught their attention, and therefore call upon those whose projects were not selected, to try and apply again in the next cycle. The jury also noted at the country level, the rarity and even absence of projects from certain countries and sub-regions altogether, and thus encourages writers from marginalized regions as well as all Arab countries to apply for the grant in the coming years.
In terms of recommendations, the committee raised an important discussion regarding support for translation, and recommended to give it focus in future cycles of literary grants programs.”

Among the selected grantees, 3 are previous recipients of AFAC grants, while 20 are receiving support from AFAC for the first time; 7 are female writers versus 13 male writers, and 3 are institutions. With regards to genres, these varied between research and critical books (8), short stories (5), poetry (3), digital platforms (3), comic books (2) and children’s literature (2).

The 23 projects selected by the jurors:

Launched in 2018, the Creative and Critical Writings grant builds on AFAC’s previous support for literature through the Literature Grant (2007-2013) and the AFAC Novel Writing Program (2014-2016), but expands into areas that are in need of support, as reflected in AFAC’s 10-year study recommendations of 2017.