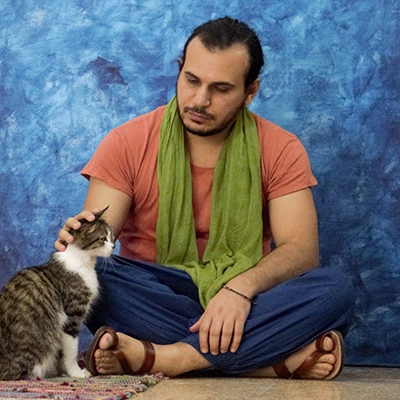 [email protected] | https://www.mohamadkhayata.com
Syria
Mohamad Khayata is an independent Syrian   painter and photographer who holds a BA in Fine Art from Damascus University. Mohamad has been living   in Lebanon since 2012 where he held three solo   exhibitions at 392rmeil393 “Um Zuluf” 2017,Lebanon, “Walking on thread” 2015,Lebanon, and “Bits and  Beats” 2013,Lebanon.He was chosen to exhibit his   photography serie “Stitching My Syria Back” on 10   Buildings  in Leicester, UK, 2016, He has also  participated in several group and solo exhibitions across Europe and The Middle East.  Khayata won two grants from AFAC and ETTIJAHAT associations to lunch his upcoming project "To Be Continued" in 2018  Mohamad’s artwork is the result of five years   of displacement, working on the concepts of migration, memory and identity. His work is a tribute to the   displaced people, mothers and workers, and to their daily life stories that, far from familiar surroundings, are filled with efforts, sore points but also hope.
related projects
Takhali
• Visual Arts  • 2017  • Syria