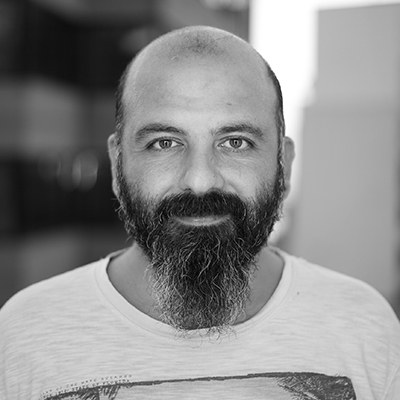 [email protected] | www.thewayhome.nawaprod.com
Syria
Wael Kadlo is a Syrian filmmaker who was born in Damascus, Syria in 1980. Kadlo relocated to Beirut in 2013 where he continues to practice his career in filmmaking. He graduated with a degree in French literature from the University of Damascus in 2007. Kadlo started his career as a theater actor during his university years as well as taking part in a number of independent plays including Very Crazy Dead, Thespians, Departure no. 1, The Magical broom, the wedding, and The Caravan. Following that, he participated in a number of workshops in directing, editing and cinematography under the supervision of the Arab directors: Ghassan Salhab, Mohammed Sweid, Hala Abdullah and Rania Estefan. Meanwhile, Kadlo has been working continuously on his own films, the latest of which is “The Way Home”.    Filmography   • Casting Director, Insyriated, a film by Philippe Van Leeuw, 2016, 85 min    • Script and Directing Consultant, The Flower of Aleppo, a film by Ridha Behi, 2016, 90 min  • Directing documentation video of “Above Zero” play, 2014, 95 min  • Directing Exciting Day, a short feature film, 2013  • Directing Wound, a short feature film, 2013
related projects
The Way Home
• AFAC Documentary Program  • 2018  • Syria