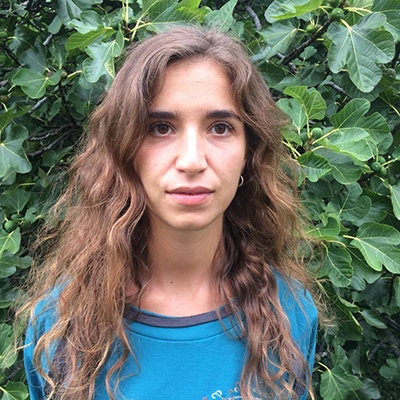 [email protected] |
Lebanon
Yara Boustany is a Dance/Theatre artist based in Beirut.  Having obtained her degree in audio-visuals from ALBA, she continued her studies at CAU Theatre, Dance and Circus School in Granada, Spain.   In 2015, she founded “Amalgam Studio” in Beirut, a space for dancers, actors and performance artists to meet, share their skills and develop their practice. She has been teaching in the studio since, sharing her practice in dance and physical theatre, leading cycles of trainings called “Physical Poetry”.  Her work focuses on transforming words, images, ideas and thoughts into movements, sounds and visual experiences.  She took part in national and international performances, including her solos ‘Astroturf’ and ‘One day – One Night – Beirut’, the latter premiered at the International Solotanz Festival, Germany and later presented in the Solo Dance Festival of Ankara, Turkey.   In August 2017, she received a grant from “AFAC” - The Arab Fund for Arts and Culture to produce ‘ēvolvō’ which premiered in BIPOD "Beirut International Platform of Dance" and was later presented in Al Madina Theatre in Beirut and in “Cialo Umsyl - Body/Mind” Festival in Warsaw, Poland. In 2019 it will tour in England in the frame of Shubbak Festival.
related projects
Noctilūca
• Performing Arts  • 2019  • Lebanon
ēvolvō
• Performing Arts  • 2017  • Lebanon