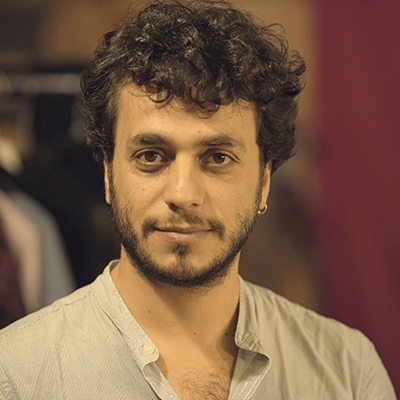 [email protected] |
Lebanon
Hashem Adnan is a theatre director and performer. He holds a BA in Theater Acting and Directing from the Lebanese University, Institute of Fine Arts.  As a member of Zoukak theatre company (2007-2017), he took part in over 15 performances that toured across Lebanon and in various cities of the Middle East, North Africa, Europe and India.  He performed in and co-devised The Battle Scene (2015), He Who Saw Everything (2015) and Silk Thread (2012) among others. He also directed The Marechal of Abediyeh (2011), Perform-autopsy (2013) and co-wrote Heavens (2014).  In 2018, Hashem directed The Story of the Man Who Inhabited His Shadow, written by Fadi Toufic, as well as “Wou Ma Talet Colette”, a Metro Al Madina production in which actor Ziad Itani narrates his misfortune with Lebanese authorities.   His solo works include The Voicer (2017), a site related performance commissioned by Kunsthalle3000, and Erase This Face Off You (2008), an experimental audio-visual public performance.   Since 2007, he leads theatre workshops with various communities in Lebanon and abroad. In 2017, as part of Silent Echo contemporary art exhibition, he directed ‘Plain Secret’, a workshop performance with a group of elderly at the archeological site of Baalbek, Lebanon.
related projects
Oh To End
• Training and Regional Events  • 2018  • Lebanon